Think You Could Land a Rocket on a Ship Better Than SpaceX? Prove It in This Web Game

Wait. Does that make it a rocket ship? 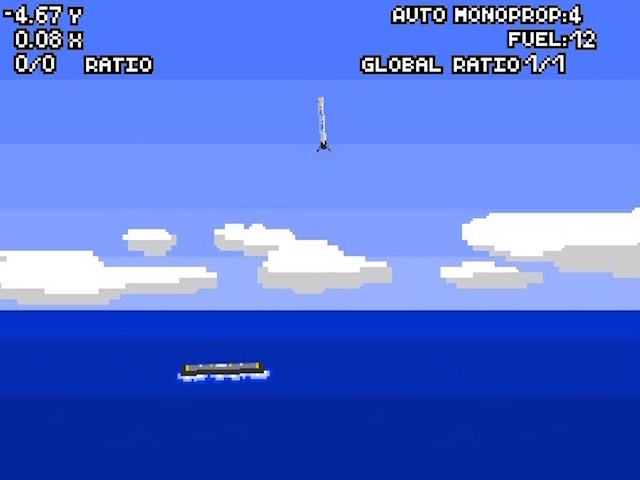 Why is it so hard for SpaceX to land a rocket on a drone ship in the middle of the ocean? Well, it’s literal rocket science—the thing to which degrees of difficulty are frequently compared, along with “brain surgery.” With this web game, you can pretend you’re Elon Musk and give it a go for yourself.

SpaceX’s own attempts to land the Falcon 9 rocket back on a ship—thus reducing the cost of space travel dramatically by making expensive rockets reusable—haven’t gone so well … depending on how you look at it. If you define success as nailing it perfectly on the first or second try, you’re likely to be disappointed with the results, but that’s rarely how any kind of science works.

Instead, their failed attempts so far have resulted in refinements of technique and important data that will allow them to succeed reliably in the future. It would’ve been very impressive for them to land it perfectly the first time, but that was never the outcome they were planning on.

Regardless, you can give it a try for yourself in the game built with MIT Media Lab software. You certainly won’t get it on the first try, but don’t worry; the rockets just keep right on coming—and crashing, probably, but at least they do it in comical, “8-bit” style. Controls: Tap the up arrow to burn some fuel, hit left and right to steer, and bang head on desk to signify your repeated failure.