SpaceX Crash Landed a Rocket From Space on a Barge, and That’s Pretty Impressive

If at first you don't succeed... 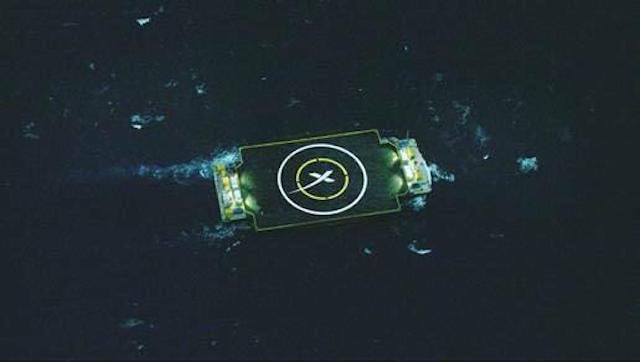 Don’t be disheartened by all the talk about SpaceX’s Falcon rocket crashing instead of landing safely on a barge as planned. Instead, be amazed that they successfully crash-landed a rocket in a designated area at all.

SpaceX founder Elon Musk believes that reusable rockets are a necessary part of making regular space travel practical, and their Falcon 9 rocket tried to make its first landing on solid ground this morning after coming back from a real resupply mission to the International Space Station. The technique has been successful in tests flights, but it ended with a crash landing on the first practical attempt.

But it was still a pretty impressive achievement. The crash landing didn’t leave SpaceX with a rocket they could use again, but they did manage to get a speeding rocket from the heavens to hit a relatively small patch of our planet and not completely obliterate everything in the area. It may have left battle scars, but at least it came down on target with just minor adjustments necessary to make sure the next attempt involves significantly less exploding.

Even the platform they were trying to land the rocket on is an impressive piece of technology.

And they’ve already learned what caused the last minute hiccup that resulted in the crash and prepared for next time:

Grid fins worked extremely well from hypersonic velocity to subsonic, but ran out of hydraulic fluid right before landing.

Upcoming flight already has 50% more hydraulic fluid, so should have plenty of margin for landing attempt next month.

Musk himself is still pretty happy with the results, though I’m sure he’s not thrilled to be down one very expensive rocket.

Am super proud of my crew for making huge strides towards reusability on this mission. You guys rock!

Rocket made it to drone spaceport ship, but landed hard. Close, but no cigar this time. Bodes well for the future tho.

Close is pretty good for the first attempt. This is rocket science, after all.