Things We Saw Today: The SpaceX Dragon Crew Have Returned Safely to Earth

Plus Batwoman, Todd McFarlane, and more! 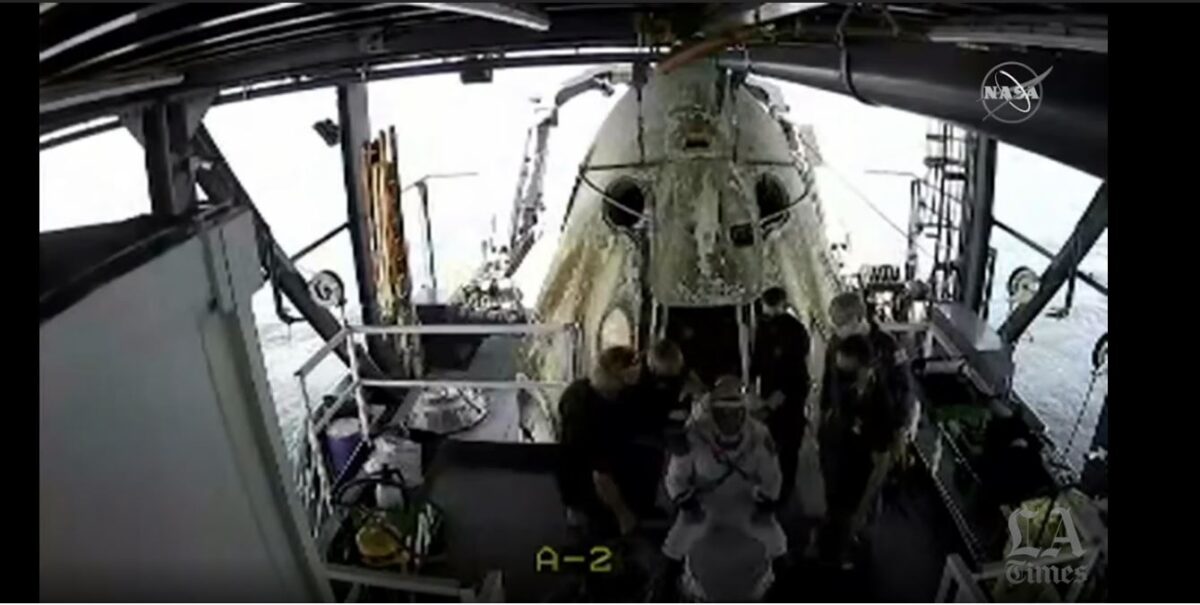 Two months after they were launched into orbit, SpaceX’s crew Dragon has made a splashdown landing in the Gulf of Mexico just after 2:45 pm ET. Their capsule was quickly brought onto SpaceX’s GO Navigator recovery vessel, where the astronauts safely disembarked. This brings a successful conclusion to SpaceX’s first ever crewed mission, and marks the first time that a privately developed spacecraft has launched humans into orbit.

.@AstroBehnken and @Astro_Doug have been lifted out of the water and are aboard the Go Navigator. Welcome home. #LaunchAmerica pic.twitter.com/gjqUcLMy8X

Astronauts Doug Hurley and Robert Behnken were welcomed home by mission control saying, “Thank you for flying SpaceX.” The successful mission marks the first time in nearly a decade that NASA has launched astronauts into space from from U.S. soil. NASA has been using Russian rockets launched from Kazakhstan to transport U.S. astronauts to the international space station after the U.S. space shuttle program closed its doors in 2011.

In a time when good news is hard to come by, it is thrilling to see the extraordinary capability and teamwork of NASA and SpaceX in achieving such a landmark mission. Congratulations to the team for bringing these astronauts home safely.

Wonder what Annabelle has been up to in quarantine? Happy National Doll Day! pic.twitter.com/E6Dq2TtaLi

Awww Wilford Brimley. Our favorite warm, good guy, purveyor of truth and reason. A man you always trusted when watching him work. I met him a few times. A really nice human and great actor RIP pic.twitter.com/V6xKjmBVa6

What are you seeing out there, Mary Suevians?