Plus Disneyland, Quibi, and more! 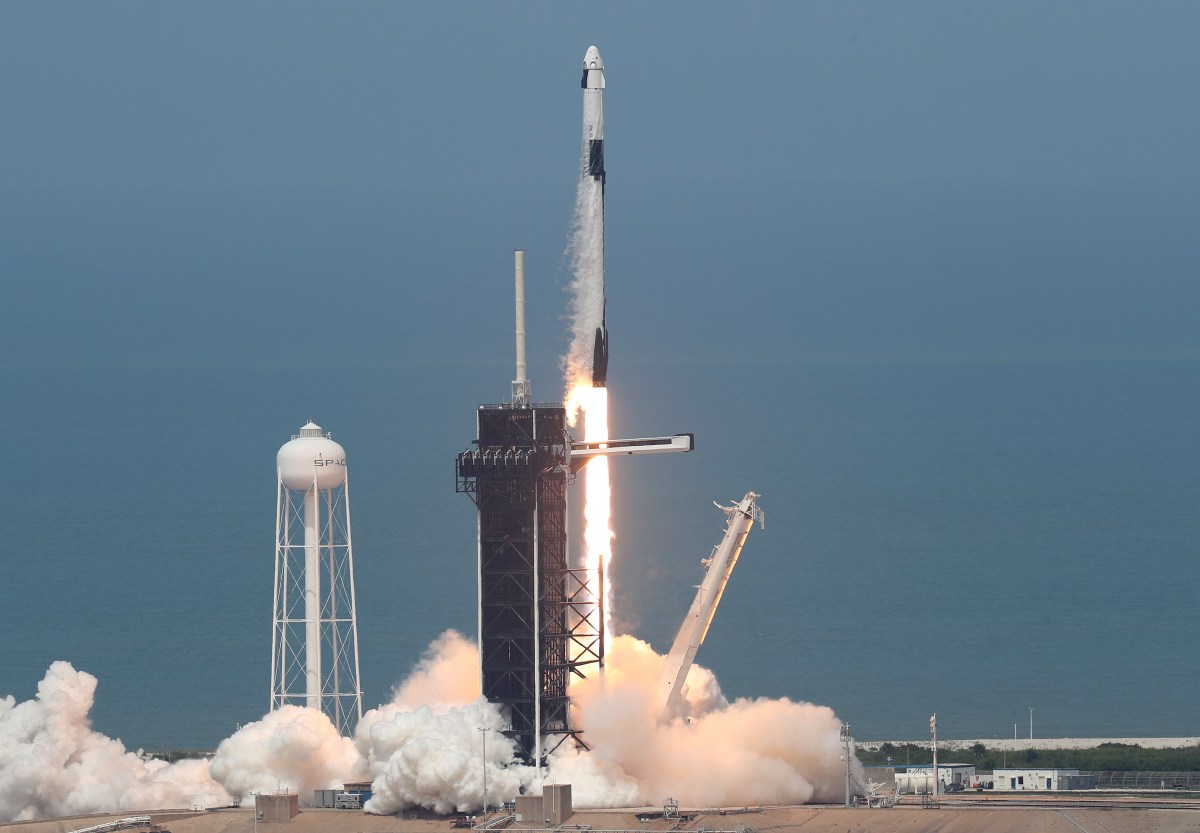 This afternoon, SpaceX’s Crew Dragon spacecraft successfully launched two astronauts into orbit atop a Falcon 9 rocket from the Kennedy Space Center in Cape Canaveral, Florida. The launch marks the first time in nearly a decade that NASA has launched astronauts into space from from U.S. soil. After the space shuttle program ended in 2011, NASA has used Russian rockets launched from Kazakhstan to transport U.S. astronauts to the international space station.

The successful launch is a historic event for many reasons. It’s the first ever crewed mission for SpaceX, and it marks the first time that a privately developed spacecraft has launched humans into orbit. It is the first step in an epic journey that will eventually (maybe) lead to commercial space travel.

Crew Dragon has separated from Falcon 9’s second stage and is on its way to the International Space Station with @Astro_Behnken and @AstroDoug! Autonomous docking at the @Space_Station will occur at ~10:30 a.m. EDT tomorrow, May 31 pic.twitter.com/bSZ6yZP2bD

NASA Administrator Jim Bridenstine said, “Maybe there’s an opportunity here for America to maybe pause and look up and see a bright, shining moment of hope at what the future looks like, that the United States of America can do extraordinary things even in difficult times.”

For the first time in 9 years, we have now launched American astronauts on American rockets from American soil. I'm so proud of the @NASA and @SpaceX team for making this moment possible. #LaunchAmerica https://t.co/XiqPAj6Saa

The launch, which was originally scheduled for earlier this week, was delayed due to bad weather. Aboard the Dragon capsule are NASA astronauts Doug Hurley and Bob Behnken. The capsule is expected to dock at the International Space Station at 10:27 am ET Sunday morning.

The world is a dumpster right now, so here’s this wholesomeness. pic.twitter.com/dfghAsK9sU

I know a lot of you asked for this but I’m not so sure this is an improvement. But hey, at least you can stop messaging me about it now. pic.twitter.com/Y4BdiJ2MjE

Stay safe out there, Mary Suevians.