The International Space Station Is Getting A Servbot Next Year 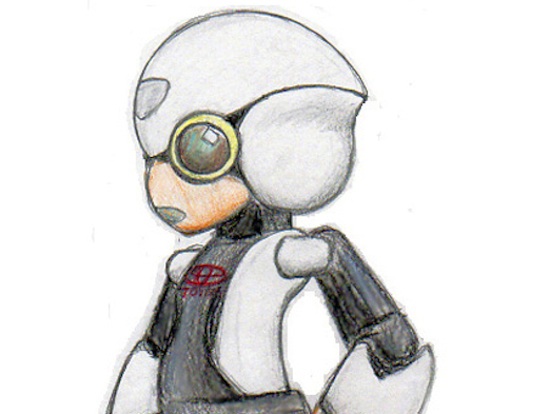 Next year, the Japanese Aerospace Exploration Agency (JAXA) will send astronaut Koichi Wakata to the International Space Station (ISS). That’s not all the nation will be sending to the ISS, though — next summer, Japanese roboticists plan to send a 13-inch-tall humanoid robot to the space station. Equipped with facial recognition technology, the hope is that the no doubt adorable automaton will be useful in helping to carry out experiments on the station, assisting in the mixing of liquids and other simple steps. It will also, of course, be an excellent mascot for the ISS, because seriously, how are there not robots hanging out up there already? Is it a space station or not?

The team behind the tiny android hopes to complete work on it by February of next year, with a launch expected during the summer. The plan is that this will be just the first generation of robots to make everyday life on the ISS less of a trial for the astronauts living and working there. In addition to assisting with experiments, future iterations of ISS robots could double check results to improve accuracy and reliability of data being gathered from ISS experiments.

Researchers also see robots — especially humanoid ones — as a means for combatting loneliness on the space station, envisioning these Lilliputian robots as companions for astronauts, who can sometimes have trouble coping with long, isolated missions in orbit. A robot that can recognize faces and voices and interact with crew members on a more personal level could be a boon for legions of Major Toms searching for the quiet comfort of ground control. At least, you know, until they inevitably go all HAL and have to be put down, which bums us out just to think about.

We really do like the idea of these Servbot-style droids, because if Marvel vs. Capcom titles have taught us nothing else, it’s that several tiny robots working together can do anything they put their neural networks to. Even if that is usually wreaking annoying, annoying havoc. Until they start, though, you can learn more about the first generation of robots that will one day infest and conquer the ISS at the Kibo Robot Project’s page here.