You, Too, Can Write a Book About Space Marines, No Matter What Games Workshop Thinks 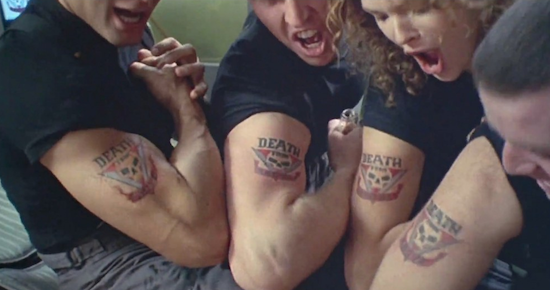 Late last year, author M.A.C. Hogarth’s novel Spots the Space Marine was removed from Amazon following a pretty ridiculous claim by Games Workshop that their copyright of the term “space marine” in the context of Warhammer 40,000 meant they had called dibs on pretty much the entire ‘space marine’ genre of science fiction. Amazon has put the book back up for sale on its site. It’s a victory, no doubt, but it doesn’t mean Hogarth’s fight is over by a long shot.

Hogarth’s novel was removed by Amazon in December. After complaining to the e-retailer, she was more or less told that her fight was not with them, but with Games Workshop. In copyrighting the space marines from their tabletop games and popular novels, the company tried to extend that copyright to all space marines everywhere, ever with this naked copyright grab. That… may have been an overreach, as the move prompted shows of support for Hogarth and chiding for Games Workshop from the likes of John Scalzi, Wil Wheaton, and Cory Doctorow on Twitter.

Games Workshop certainly has a right to defend it’s copyright, and speaking as people who have enjoyed a goodly number of Warhammer 40,000 books, we know they do good work. But this is a clearly jerk move on the company’s part. Unless Games Workshop is claiming that they went back in time and wrote Starship Troopers in the 1950s or penned the script for Aliens space marines as a genre of fiction have been around for quite some time. And since it doesn’t seem that the problem was Hogarth’s characters coming under heavy bolter fire, but just the use of the term space marine, it really doesn’t seem like the company has a leg to stand on here. And frankly, just the attempt is in poor taste.

While the book being available for purchase again at Amazon is good news, it’s not the whole story. We don’t know how willing Games Workshop is to go to the mat defending their claim on the entire literary genre of ‘space marines,’ but we might be about to find out, and if we do, chances are things will become unpleasant.