Atari’s Space Invaders to Become a Movie, Might Even Have an Actual Story 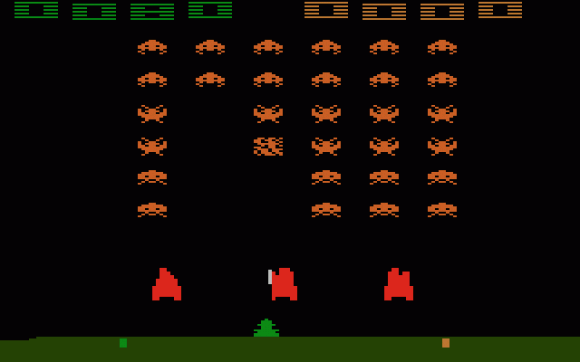 Space Invaders — which was first released in 1978 as an arcade game and then came to the Atari 2600 system in 1980 — is going to be made into a movie, says the Hollywood Reporter. Producers Lorenzo di Bonaventura and Gigi Pritzker (Odd Lot Entertainment) will be optioning the rights to the game and then finding a writer to come up with a story. Because Space Invaders really doesn’t have one. Like, at all. There’s no mythology, no protagonist (except for you, the shooter of said space invaders), just a little gun thing and aliens. Those aliens don’t even have a real alien name! So everyone has their work cut out for them.

Originally inspired by the game Breakout (which had even less of a story and the objective of which was to just get rid of bricks), Space Invaders is usually the go-to reference — the synecdoche, if you will — for crude 1980s video games. Pac Man or Donkey Kong at least have characters with names, and they’re considered to be the games that got us away from games like Space Invaders, Breakout, and their predecessor Pong. (And those who didn’t require fancy storylines would eventually get Tetris.)

THR points out that the near-total lack of a story behind Space Invaders will make it easier for di Bonaventura and Pritzker to produce a movie that will not offend die-hard fans of the original game. And trust me, those people exist. So, it is either their advantage or to their detriment that they have the opportunity to start pretty much from scratch. What we can expect from someone like di Bonaventura — who has produced G.I. Joe and the Transformers movies — is a big, sweeping war-like scenario that will try to turn its 1980s source material into a CGI extravaganza. And most likely, we will be seeing some wicked insane-looking aliens landing on Earth and getting blown to smithereens by ultra-fancy portable cannons. And Pritzker’s Odd Lot Entertainment is currently working on the adaptation of Orson Scott Card‘s Ender’s Game. So, we might be in for something kind of huge.

I will be dusting off my Atari 5200 — and its totally mint track ball — to run a little more background and then get back to everyone.

(Hollywood Reporter, Shock Till You Drop)