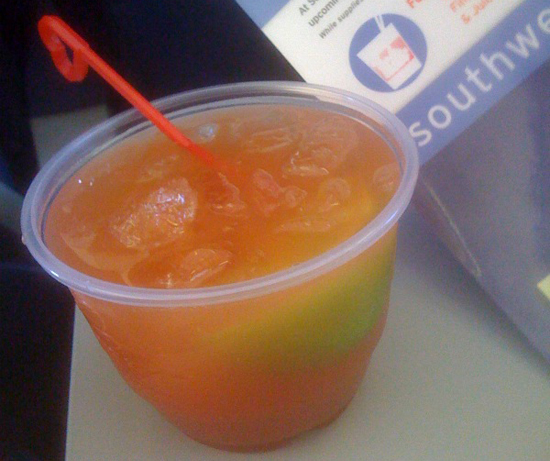 Turns out, businesses offering folks free vouchers or coupons that don’t include expiration dates is probably not a good idea. If something changes, and those businesses suddenly decide to stop honoring those vouchers, they could find themselves in hot water. That’s what happened with Southwest Airlines. See, the company had previously offered free drink vouchers to their Business Select passengers as an added incentive. They changed their policy, basically voided all of the old vouchers, were sued, and are now on the hook for around 5.8 million free drinks thanks to a recent settlement.

On August 1st, 2010, Southwest changed their policy to state that vouchers needed to be used on the travel date printed on them. That meant that anyone hoarding the vouchers without any kind of expiration date suddenly had a pile of worthless paper at their disposal instead of a bunch of free drink tickets. That didn’t sit well with the airline’s customers. In late 2011, Adam Levitt, an attorney and apparent fan of free drinks, filed a class-action lawsuit again the company.

The settlement, because they obviously settled, was approved this week, and the estimates are pretty staggering. Though it only covers those customers that received vouchers prior to August 1st, 2010 and never redeemed them, Southwest is still on the line for an estimated 5.8 million free drinks. The company’s required by the settlement to build a website and attempt to contact folks by email so they can get in on the free alcohol they’re due.