Hackers Try To Hack PSN Accounts, Sony Fends Them Off | The Mary Sue

Hackers Try To Hack PSN Accounts, Sony Fends Them Off 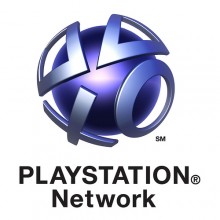 Yesterday, a post on the PlayStation blog reported that there was recently a hacking attempt against the family of Sony online networks. It appears that the ne’er-do-wells managed to liberate a list of accounts and passwords from an unknown third party and proceeded to throw them up against the PSN, SOE, and SEN walls to see if anything stuck. A scant 93,000 accounts (thats less than .1% of the global user base) were affected, and Sony reports that those accounts were locked down with all due haste; very few had the chance to be active before being locked. Also, no credit card numbers are at risk. Phew.

Considering their track record with this kind of stuff, it’s good to see Sony being upfront about exactly what’s going on with them. Of course, it also looks really good in this case, because they seem to have taken care of it well and it totally isn’t their fault. The announcement stresses that Sony will reimburse any purchases that are confirmed to be unauthorized and also stresses the importance of using unique login-password pairings, gently suggesting “If your account was affected, it’s kind of your own fault.” It kind of is.