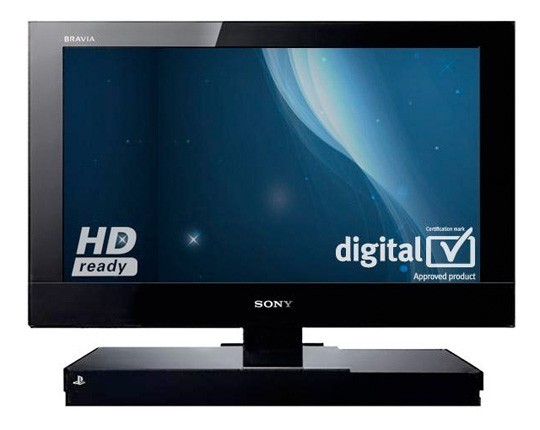 Sony has combined a Bravia HDTV with a PlayStation 2 and released it into the wild for consumer consumption. Sure, the PS2 makes the stand on the KDL-22PX300 a little ugly, but the television sports a 22 inch LCD screen, 720p, an ethernet port, three USB sockets, VGA and component-video connectors, and four HDMI ports. For those wondering, the included PS2 is the real deal, and is backwards compatible with PlayStation games and can play DVDs like a regular PS2 is capable of doing.

Currently, the console is exclusively available from Richer Sounds and comes with one controller. The only issue so far, aside from the somewhat ugly base, is that it’s only available in the UK for the time being, priced at £199, which is about $300.

This is one of the very few combination televisions that include a game console, with the Dreamcast DIVERS 2000 CX-1 being the most recent, and according to reghardware, the C1 NES TV being the only other attempt.

With the PlayStation 2 being a console from last generation, one may not initially think this TV is anything special, but for $300, you get an easily-moveable (due to the 22 inch size), high-definition television and the capability to play DVDs along with what is one of the gaming’s best library of games.

(story via Eurogamer and reghardware; title pic via Engadget)