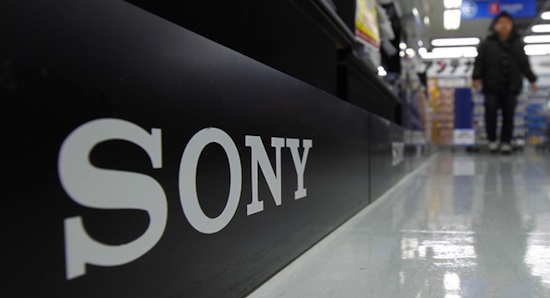 How the mighty have fallen. Credit rating agency Moody’s has dropped their rating on long-term bonds issued by Sony to it’s lowest investment grade, marking them just one notch above junk bonds. For the couple of you that might not be investment bankers out there, this means that the agency believes there is a very, very good chance that the Japanese tech giant is in real trouble and may not be able to pay off its long-term debt.

There are several reasons for this big ding to Sony’s bond rating, not the least of which is slipping demand for the company’s bread and butter products like televisions and cameras. While it’s a blow to the company, though, it can’t be called an unexpected one, as Sony reported its seventh straight quarterly loss  this month. That’s nearly two years of operating without turning a profit.

While Sony’s Playstation brand keeps it one of the leading powers in the gaming industry, other divisions of the company have fallen so far behind the curve that it’s hard to see a way for them to make up ground. While it was once the dominant force in portable music — an industry it more or less invented with the Walkman — Sony never saw the iPod coming when it released in 2001, and never quite recovered from it, either. It never made serious strides in growing areas like mobile phones, and its entries into fields like tablet computing have been met with lukewarm responses at best. The company that was practically synonymous with high-tech hardware in the 20th century has spent the 21st mostly trying to catch up and never quite doing so.

This could also be a good time to recall that in the lead up to the collapse of the American housing market some years back, Moody’s was one of several agencies giving AAA, gold star ratings to the now infamous sub-prime mortgage bonds that crashed the economy. That’s not to say they’re wrong this time — but it is to say that their track record is not without a blemish or two.

It doesn’t look like the agency is missing a trick on this one, however. Sony’s problems are real, well-documented, and systemic, and there’s a point at which they they are no longer just problems — they’re reasons for a failure. That point might not be here quite yet, but if there’s a scenario in which Sony rights the ship without some fairly drastic changes — say, spinning off failing divisions and slimming down to a strictly video gaming profile — we don’t really see it. Do you?