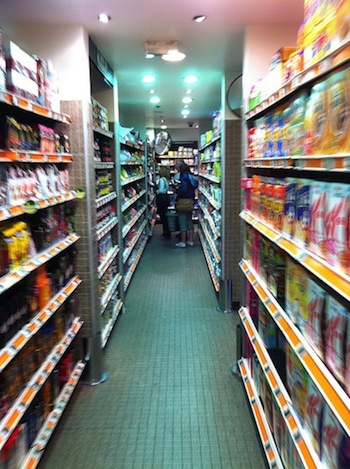 Would you say you’re an impulse-buyer? Or do you tend to compare prices and research everything you buy? While it technically doesn’t matter how you decide what you want purchase on a day-to-day basis, it may have a profound effect on what you buy, in addition to how you buy it.  A new study from the Journal of Consumer Research suggests that some people start liking stuff less as soon as they start learning about it, regardless of whether or not they like what they hear.

How did they figure it out, you ask? Researchers used a cognitive reflection test (CRT), which judges mental energy a person generally uses when making decisions: The higher a person scores on the test, the more energy they tend to put into their decisions. With that description, it probably shouldn’t come as a surprise that people who scored high on the test tended to prefer detailed descriptions of products, while people who scored lower preferred to pick what they buy based on simple descriptions. However, certain experiments showed that the divide goes even deeper: Researchers found that people who scored lower on the test were not only less prone to researching a product before buying it, but were actively turned off to things when they had to look into them.

That isn’t to say that there’s a whole subset of people who prefer to buy things blindly. (Though, let’s face it. There probably are.) According to the research, everybody likes to know something about the things they purchase. Consumers who scored  lower on the CRT are more likely to be satisfied, if not convinced, by advertising. Another experiment in the study found that consumers will, generally speaking, be willing to pay extra money for something they deem “high-quality.” Ever go to the drug store and wonder why someone would pay more for brand-name aspirin? It’s because they’ve been convinced, on some level, that the version with the fancy wrapper is better.

Relevant to Your Interest