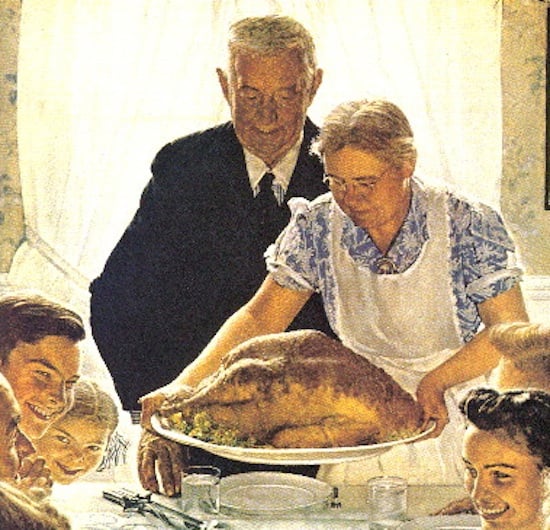 Don’t take this wrong, but humans tend to live a lot longer than they’re actually needed, biologically speaking. Our longevity has puzzled researchers. We live decades longer than our closest primate cousins, and much of that long lifespan is outside of our prime childbearing years. New research from the University of Utah this week provides support for one theory to explain unexpected human longevity: It’s because having grandmothers around is evolutionarily advantageous for future generations. Basically, the whole point of humans living longer is that your children are so terrible and uncontrollable that it takes a team spanning two generations of people just to keep them alive.

Real talk for a second, folks. Whatever your dreams, ambitions, and virtues may be, you are, biologically speaking, a bag of meat designed to pass on DNA that makes more humans. That’s one of the reasons that our long lifespans have puzzled researchers. After humans are out of their child-bearing years there is really no reason (again, speaking from a purely mercenary, evolutionary viewpoint) that we should stick around as long as we do.

A new set of computer simulations and mathematical models of the lifespans of chimpanzees shows that increasing the lifespans of females increased lifespans across the board after several generations. That’s because older females who are past their childbearing years still have an interest in the well-being of their children’s children. Having grandmothers around took some of the pressure of parenting off childbearing females, allowing them to stay healthier and have more children. That, in turn, helped to pass along genes associated with increased lifespan, meaning more and more members of future generations would be inclined toward a longer life. Those grandmothers would have been key to early families surviving as they moved from forests into the savannahs where great apes continued their evolutionary path toward humanity, and may have also been the key to early development or the Werther’s Original and Starlight Mint.

This is a study that makes a lot of sense to this reporter, who took the work of not only two parents, but no less than two grandmothers, to reach adulthood, and still drove all of them nearly nuts doing it. I don’t want to think about how things would have turned out if I hadn’t had those grandmothers keeping an eye on me and ensuring that I didn’t do anything too stupid or morally bankrupt. I’d probably have ended up some sort of terrible reprobate, like a drug dealer or a member of Congress. So, big thanks to grandmothers everywhere, who are, in the long term, responsible for fine art and space travel, as well as well-placed wraps on the knuckles when you had it coming.

(via University of Utah)