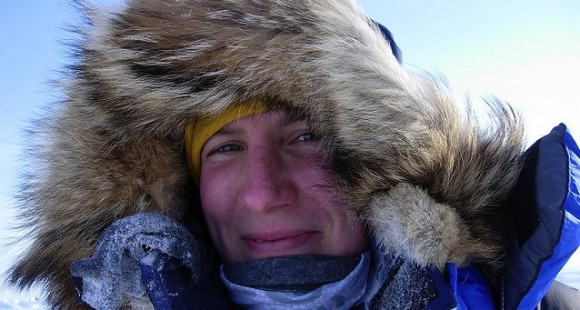 Writer/adventurer/explorer Felicity Aston is embarking on a very special journey that could make her the first woman to ever travel the Antarctic alone. She will, however, be bringing along something that throws that whole “alone” thing into question: social media. Her trip is being sponsored by Kaspersky, an anti-virus software company that will be furnishing the tech-filled journey that will allow Aston to Tweet, answer questions, make videos, and … basically bring everyone with her while she travels solo. But is it still solo?

The answer is of course — physically, Aston will be alone. And her link to the rest of the world won’t be for the sake of assistance. More like for the sake of sharing. She has already begun Tweeting (she flew to the Antarctic yesterday) and recorded her first “phonecast” on her iPad. She plans to ski a total of 1,700 km (about 1,056 miles) over the course of 70 days.

Besides Twitter, Aston will also be posting to Facebook and can be followed on this interactive map, which also features a blog by Aston. And in between, she’ll be conducting Q&A sessions on live video.

One element of this adventure that is easy to overlook is what it really means for Aston to be trekking across the desolate Antarctic continent by herself, no human interaction, no one to turn to and say, “So, how about that snow, huh?” In this video, watch Aston describe the “meditative” state she plans to enter and why it kind of scares her, and then realize how much social media could help to keep her sane:

So, yes: Even if you are inviting passive observers along on the trip, if you are physically alone, then this is certainly a solo trip across the Antarctic. Nothing wrong with protecting your own sanity by reaching outside your own head. Here is a roundup of how you can follow Felicity Aston on her journey: