The NSA leaker has reportedly requested a meeting with human rights advocates this afternoon, but whether he'll show -- or whether he even wrote the request -- is anyone's guess. 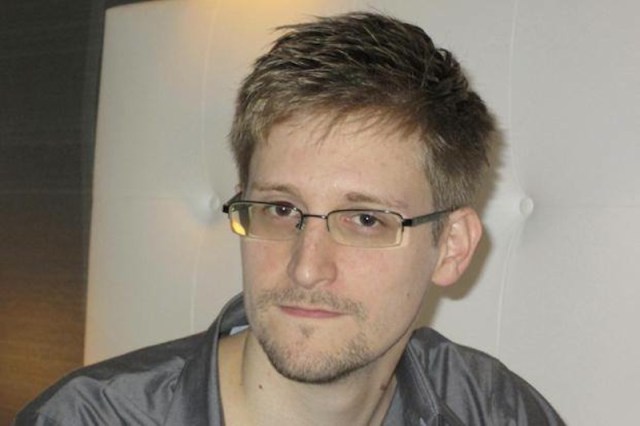 It appears that NSA leaker Edward Snowden is getting rather tired of his weeks long layover in Moscow’s Sheremetyevo Airport. Not that anyone could blame him — I’m hard-pressed to stay chipper through a pint at Chili’s when I fly. But reports today indicate that Snowden is angling for a meeting with representatives from human rights groups around the world later this afternoon. What the purpose of that meeting is — or if Snowden himself actually wrote the letter — remains unclear, but one way or another it looks like we’ll have an update on Snowden’s situation later on today.

While the letter is purported to be from Snowden, that can’t be confirmed at this time. The 29-year-old former intelligence contractor has played things close to his vest and proven difficult to find since fleeing Hong Kong for Moscow on June 23rd. Considering how wanted he is by U.S. authorities, that’s a pretty solid plan. Accroding to the letter, though, Snowden is ready to break his radio silence, and officials at Sheremetyevo Airport will apparently be welcoming representatives from groups like Amnesty International and Human Rights Watch today so that Snowden can make a statement on his situation and what the future holds for him.

Snowden has applied for asylum in 21 countries at last count, and Bolivia and Venezuela have both said they would welcome and refuse to extradite him. The problem? Well, there is that pesky “pursued by the U.S. government” bit. That makes flying across the air space of countries less sympathetic to Snowden’s plight a non-starter, and as amateur geographers may be aware, there’s quite a lot of air space between Moscow and South America. Just how Snowden plans to make that trip — or where he expects it to end — could be the subject of the meeting he’s called today.

Or, he could not show up at all. There’s a chance of that, too.

Even if the letter is from Snowden, there’s no guarantee he’ll actually attend. It wouldn’t be the first time he pulled a feint from the Mosocw airport, though if that is his plan, what purpose it serves remains, like so much about this story, unclear for now.

We’ll be following this story as it develops today, so check back for periodic updates and follow us on Twitter for the latest.

UPDATE: Wikileaks has released a statement made by Snowden at 5:00 pm local time in Moscow, reading in part:

I announce today my formal acceptance of all offers of support or asylum I have been extended and all others that may be offered in the future. With, for example, the grant of asylum provided by Venezuela’s President Maduro, my asylee status is now formal, and no state has a basis by which to limit or interfere with my right to enjoy that asylum. As we have seen, however, some governments in Western European and North American states have demonstrated a willingness to act outside the law, and this behavior persists today. This unlawful threat makes it impossible for me to travel to Latin America and enjoy the asylum granted there in accordance with our shared rights.

This willingness by powerful states to act extra-legally represents a threat to all of us, and must not be allowed to succeed. Accordingly, I ask for your assistance in requesting guarantees of safe passage from the relevant nations in securing my travel to Latin America, as well as requesting asylum in Russia until such time as these states accede to law and my legal travel is permitted. I will be submitting my request to Russia today, and hope it will be accepted favorably.

You can read the full statement on Wikileaks. As to how it will be accepted in the international community, there’s nothing we can do but wait and see. That’s a tactic that Snowden is becoming increasingly familiar with.

(via Voice of Russia)