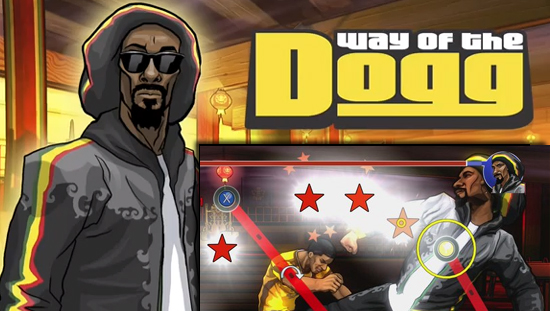 Because recent news stories haven’t been crazy enough — or maybe because we just needed that extra push to cross the point of no return — here’s one that makes sense only if you’ve watched like thirty Harlem Shake videos back to back. Snoop Dogg — or the Lion formerly known as Dogg — is starring in a video game called Way of the Dogg for Xbox Live Arcade and PlayStation. In it, you will learn to fight at his temple. I mean, duh.

To debut sometime later this year, Way of the Dogg will also be available on iOS and Android. It’s a partnership between Snoop and Echo Peak, a new collaborative studio in the music industry that’s willing to experiment. Way of the Dogg is definitely what folks would consider an “experiment.” They’re calling it a “rhythm combat” game, which in this case involves fighting to Snoop Dogg tracks (and possibly Snoop Lion tracks from his upcoming album Reincarnation).

Featuring Snoop himself (that was a given), Way of the Dogg centers around the rapper’s “music and love of ’70s kung fu and blaxploitation movies.” That strangely sums it up well, but in case you need help grasping it further, this behind-the-scenes video lets the dogs out.

In a press release, Snoop said:

Way of the Dogg is the first true gamification of my music. This game shows how we evolve as individuals and [Echo Peak has] incorporated the journey of my own personal reincarnation as Snoop Lion into my character, the environments and the path that players have to follow.

Everyone knows that Snoop is down with the biggest and best video games whether it’s droppin’ my hits on the soundtrack or showing the world I can go toe-to-toe with the best fighters on the street.

So, the protagonist is a guy named America Jones. You, as Jones, seek out Snoop himself at his temple to learn the Way of the Dogg fighting style. In order to avenge your dead girlfriend — because of course — you need to learn how to punch, kick, slam, and (presumably) swear like a real kung fu master. If your kung fu master was also an award-winning, multimillionaire rapper going through a personal transformation from a dog(g) into a lion. Or possibly into a new, reggae-themed Thunder Cat? 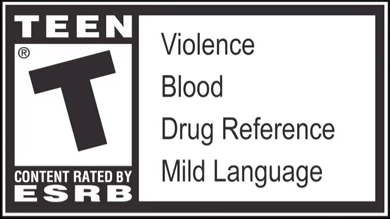 I do wonder if the Way of the Dogg kung fu discipline will also teach America Jones to refer to himself in the third person, too. Because that’s how it’s done, with — one might concede — his mind on his money and his money on his mind.

Conceptually, this game sounds quite interesting. Sort of like Guitar Hero, but as a fighting game, where your rhythm and response time corresponds to simulated attack maneuvers instead of the elation or anger of an ambiguous concert audience. I actually hope this does well enough to inspire other musicians to dabble in the world of video games, where the music drives the action.

Sure, this could be a can of worms, but it could also be awesome. Think about what future video games could spring from this involving your favorite artists. Imagine, for example, a game where you get to launch a ship into space and colonize Venus on behalf of the human race. In order to pilot your spacecraft effectively and evade alien attacks, you’ve got to time your tricky maneuvers to dramatic 80s synths and wistful lyrics. Of course, by the time you actually beat the game, you’d never get that melody out of your head again.