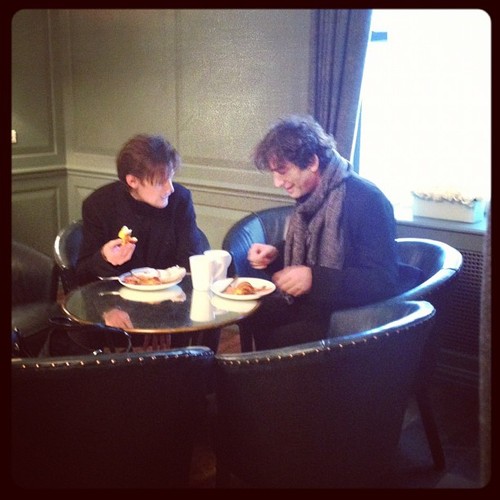 We don’t know what Doctor Who star Matt Smith and writer Neil Gaiman were discussing over breakfast but it was probably something about Cybermen. Don’t look now, new companion Jenna-Louise Coleman wants in on the fun, too!

Gaiman tweeted, “About to watch the Doctor Who Xmas special. Just bumped into two nice people.” 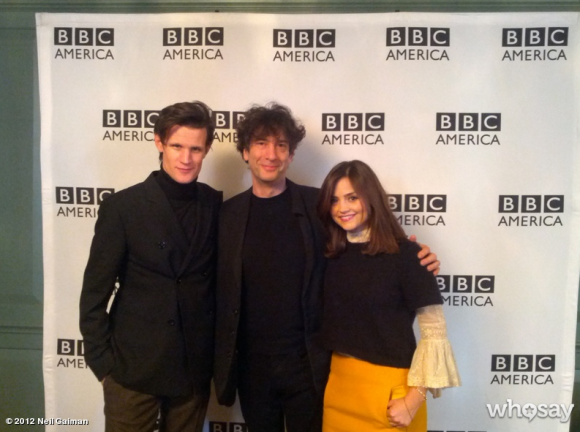 Aw, man! And here we have to wait until December 25th…