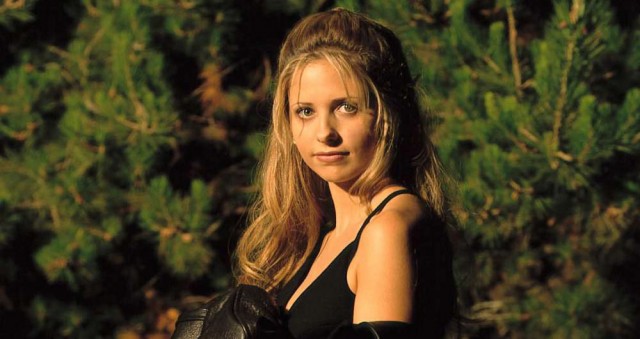 The Daily Telegraph reported on an interview Sarah Michelle Gellar did with Confidential in Sydney recently in which they touched on her vampire slaying past and the opportunity to return. “Sure, if my walker was a stake,” Gellar said. “I’m a little too old for that, I’d break a bone.”

Ah ha! But you may recall Gellar speaking in 2013 of her willingness to return to Buffy the Vampire Slayer as long as it had Joss Whedon and it was the “right story.” So maybe we will see “walker Buffy” one day.

She went on to say in the Confidential interview:

“It is incredible. How often do you do something that touches the landscape in the way that did?” she said.

“To this day it is still relevant and still impactful. It was special, elevated. It was something that everybody could relate to but told in a dramatic fashion that they hadn’t seen before.”

As for playing a powerful female, one who became a symbol of empowerment to women, Gellar wouldn’t take the kudos.

“I don’t take any credit. It is something the audience should take credit for. The more audiences can go for a sophisticated, elevated script, the more they are going to make of those.”