Sarah Michelle Gellar Says She Could Be Down For A Buffy Movie. Quick! To The Scoobie-Mobile! 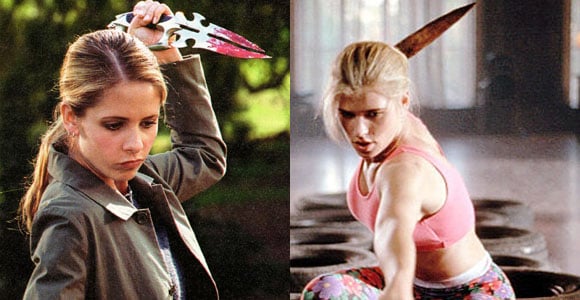 You think I’m joking. I’m totally not joking. The original Buffy would make an awesome bad guy in a may-probably-not-happening-Buffy movie. That aside, what has Sarah Michelle Gellar talking about Buffy again?

“Joss [Whedon] and I always talk about [a movie],” Gellar told E! News. “But the thing with Buffy is that Buffy was a movie, and it ultimately didn’t work as a film. And I mean, we had such miles to overcome when we were trying to do a TV show based on a movie. And one of the reasons is that the story works better over time.”

Look, Sarah, I love you to death, but Buffy totally worked as a film.

Putting aside my obsession with the 1992 move, none of this is entirely out of the realm of possibility. Whedon, no stranger to getting old television shows made into feature films, could totally do this if he really wanted to. He certainly has enough clout these days thanks to his successful relationship with Marvel.

You may remember there being talk of a new Buffy film back in 2011 which didn’t actually include Whedon, Gellar, or any of the others. Thankfully that didn’t come to pass. Said Gellar of that project, “To try to do a Buffy without Joss Whedon, I mean that’s, like, honestly, to be incredibly non-eloquent: that’s the dumbest idea I’ve ever heard.”

But in case you took Gellar’s initial response to the Buffy movie question as a negative, she also said this: “If there was ever the right story, we would do it.”

Of course if you’re dying for more of the Scoobie Gang, you can always check out the fantastic, in-continuity comics from Dark Horse.