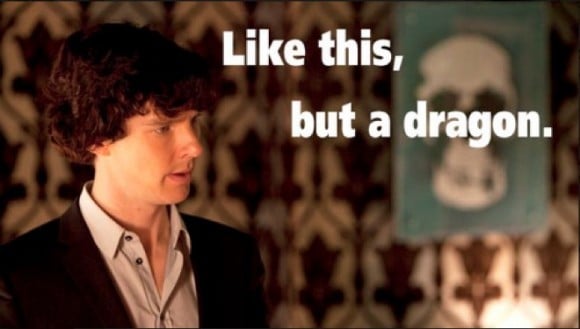 We’re not the only ones curious about what Smaug is going to look like in Peter Jackson‘s The Hobbit, and beyond his design, there’s also the fact that his voice and performance will be provided by Benedict (Timothy Carlton) Cumberbatch in a motion capture suit. Musings on the appearance and demeanor of a dragon that’s also Sherlock Holmes is a task that artists all over the internet have taken in hand.

There’s the concept that we’d actually love to see an entire YA book series about: 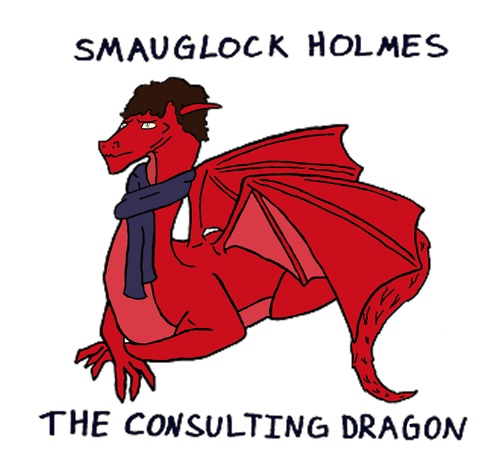 The attempts to bridge two canons: 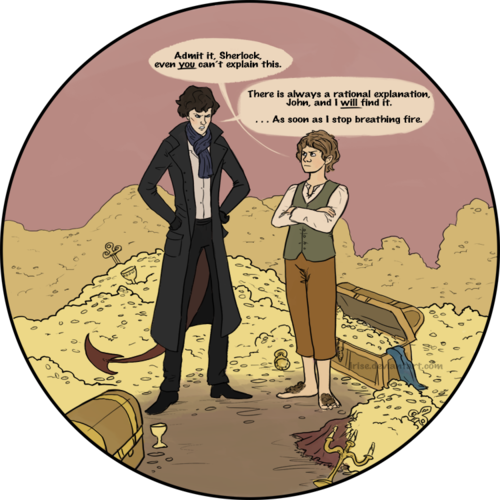 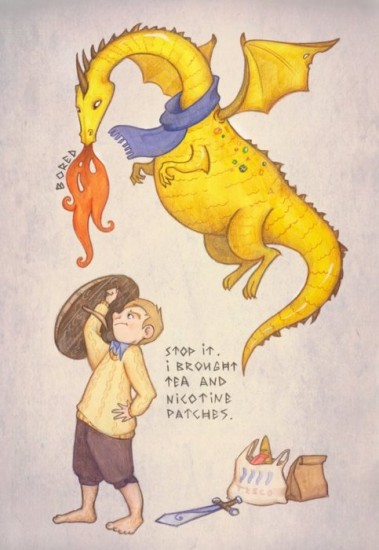 And my personal favorite, a great big snake-y dragon head coming out of a scarf. 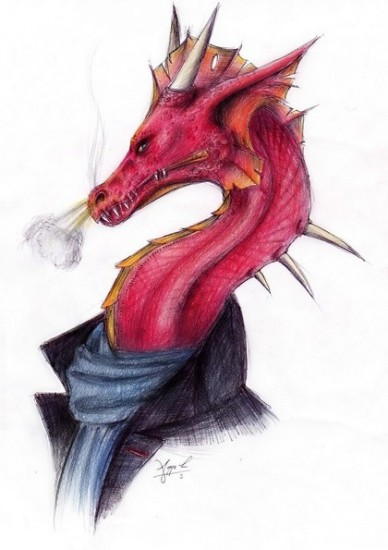 See more at io9 or Worlds Only Consulting Dragon.tumblr.com. Click each picture for the artists’ Deviant art galleries.

Of course, it wouldn’t be the Sherlock (or LotR) fandoms without a little (G-rated) slash. Fandom: it’s the best.