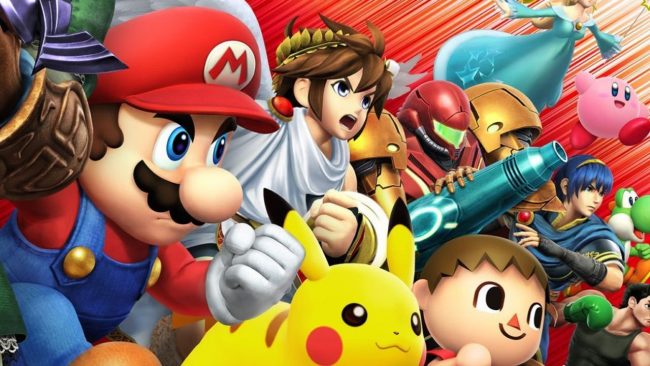 Competitive Smasher Neha “LiloandStitchface” Chhetri recently did something you’d think there would be no objection to: She posted a guide detailing sexual assault statistics and explaining how consent works in order to help prevent sexual assault from happening. Great, right? How could anyone object to a simple and helpful guide to consent and stopping rape and sexual assault? This is the Internet—that’s how.

Chhetri’s guide appeared on the Melee It on Me blog, the website for the popular competitive Smash Bros.-based podcast of the same name. The Smash Bros. scene is hardly free from trouble with sexual assault—like the rest of society—so it’s pretty easy to see why a player would want to help educate the community and maybe stop some future incidents from happening. The worst that happens is that it doesn’t help, right?

That’s not what some of the responses would have you believe. On the post itself, which also includes some of Chhetri’s thoughts on the subject—including the fact that some people might want to quibble over specific statistics, but that people should focus on the main point—there’s a single, supportive comment, but reddit paints a different picture. There, people are engaging in nitpicking statistics, writing the entire thing off as “ridiculous, inflammatory propaganda,” arguing over how consent relates to intoxication, and more. Survivors also started coming forward, which resulted in subreddit moderators shutting down comments on the thread for fear that things were getting “witch hunty,” though the moderators encouraged anyone seeking help to privately message them for whatever support they could offer.

The replies to Melee It on Me’s tweet of the article also feature plenty of objections, as do the ones to Chhetri’s own tweet (though there’s support to be found, as well). This isn’t intended to illustrate that the Smash community is full of a bunch of rapists and rape apologists, or that the backlash is the general feeling of the community—far from it. I know plenty of people in the Smash community personally who stand up for survivors and against sexual assault.

What I think is worth talking about are the people in the middle—those who are neither taking a stand nor doing anything wrong themselves. Those are the people whose help is needed to reduce the likelihood of sexual assault and rape, and it’s disheartening when they take guides like this as a personal insult to themselves or their community instead of realizing that any negativity is aimed at rapists, and the information is for the uninformed. For everyone else, they’re just a reminder to stay vigilant and not let anyone sexually assault or rape anyone else, nitpicking statistics aside, and I don’t think that’s too much to ask.