Speculation Over the New Smash Bros. Announcement Is out of Control in the Best Way

Yesterday, at the end of a Nintendo Direct presentation filled with some great ports, remakes, and more for the Nintendo Switch and 3DS, the company brought out another of its big guns: another port. Maybe, or maybe not, and that’s what’s been so much fun about the announcement that Super Smash Bros. will finally land on the Nintendo Switch in 2018.

At the point of yesterday’s Direct, predicting a Smash update for Nintendo’s presentations had gone from habit to tradition, to the target of mockery, and all the way to self-parody, but it finally came true, and all that bottled up energy exploded. It propelled Smash to the top four items on Reddit—not among them, but as all four—as well as a Tumblr trend that was still going when I checked in earlier this morning. And with it, all that energy has brought a lot of speculation about just what the game will be.

The trailer kicked off with none other than the Inklings from Splatoon, who sadly missed their opportunity to be in the last Smash Bros. only because their hit, Nintendo-exclusive game debuted the following year. Their popularity led to downloadable Inkling costumes for Mii fighters in the Wii U/3DS Smash Bros., and it was great to finally get confirmation that they’d take their rightful place in the series’ next entry.

But as is always the question with each new Smash game … who else will be included? That’s compounded this time around by the fact that we have no idea whether this new game will be a port of the Wii U game with some additional characters and other bonuses to make it a worthwhile purchase, a “Smash 4.5” that’s somewhere between a port and a new game, with more meaningful changes, or an entirely new game, which may not feature all of the same characters—think Solid Snake disappearing in the transition from Smash Bros. Brawl to Wii U.

A straightforward port with extra goodies would be the easiest solution (similar to the Mario Kart 8 and Pokken Tournament treatment in their transition from the Wii U to the Switch), and Smash Wii U already had DLC characters, so adding the Inklings wouldn’t really necessitate anything more … and yet, there’s reason to be imagine something more. For those watching closely, the Inklings aren’t the only change; Link’s appearance has been altered to match his look in Breath of the Wild. 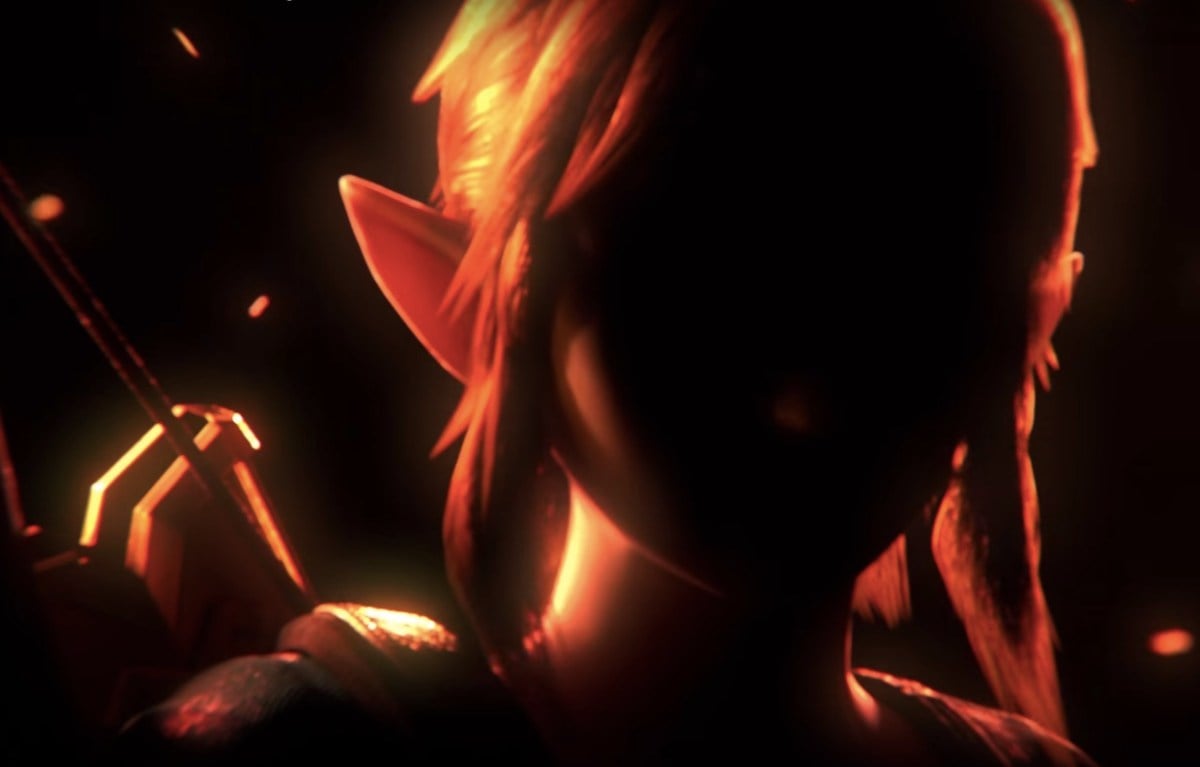 While a graphical facelift on top of the same game—or even some additional costumes—also doesn’t nearly necessitate a whole new game, that was enough to set the internet’s hivemind on fire like so many giant, burning Smash symbols.

According to NintendoSoup’s take on a Japanese-language tweet from series creator Masahiro Sakurai, he’s been working on the game every day in silence, which has been taken as a hint that there’s secretly been more work going on than we might have guessed, suggesting a whole new game. Then, there’s speculation over the silhouettes of the cast shown in the trailer, with fans literally filling in the details on their own:

Saw this pop up on one of the discord servers I’m in 🤔🤔🤔 pic.twitter.com/g68tB17fUr

Although it doesn’t seem like any more new additions to the cast are hidden in the shadows, it’s hard to say for sure, and that possibility is really all it takes to drum up the excitement. All this guesswork and community discussion is half the fun of a new Smash title, and it’s already spawning its own jokes and fan art:

this is probably being done left and right but pic.twitter.com/fCrOy3EZZQ

I’m sorr… actually, NO I’M NOT THAT DIRECT WAS HYPE AND I HAD TO MAKE THIS!! Good to be back on the Nintendo Hype Train! Then again, did ever REALLY stop? #SmashBros #NintendoSwitch #nintendo #Splatoon2 pic.twitter.com/Y1JQTQosOS (by Lemyn Lyme on Tumblr)

The Switch has caught on in a way the Wii U never did, and it’s an incredibly fun time to be a Nintendo fan, because they know exactly what they’re doing with teases like this.