Fox Releases Synopsis of Sleepy Hollow/Bones Crossover, Blames It on The X-Files

Scully is to Bones as Mulder is to Sleepy Hollow. 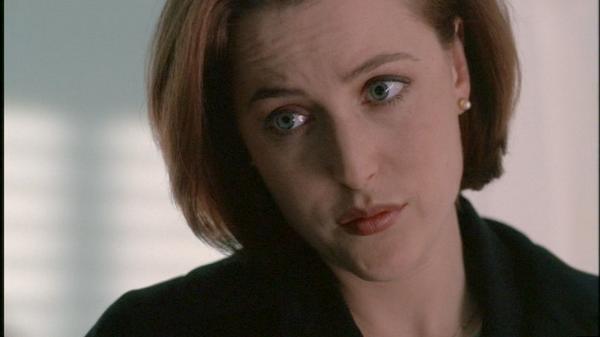 During the Television Critics Association’s press tour earlier today, Fox released an official description of the upcoming Sleepy Hollow/Bones crossover, and offered a semi-satisfying explanation for why it’s merging the worlds of the two shows. (TL; DR: ALIENS.)

Here’s the description of the crossover eps, set to air on the appropriately spoopy date of October 29th:

The grisly discovery of human remains leads Brennan (Emily Deschanel) and Booth (David Boreanaz) on a hunt for clues, during which they encounter Ichabod Crane (Tom Mison) and Abbie Mills (Nicole Beharie), searching for answers of their own. Realizing that they are after the same evidence, they team up to solve the mystery. Then, immediately following on Sleepy Hollow, the intrigue continues as Ichabod’s old nemesis is back from the dead. Ichabod and Abbie need advanced forensic help and expertise to stop him and turn to Brennan and Booth to unlock 18th century secrets using 21st century science.

A Bones producer offered this justification for the exceptionally weird TV event:

The Bones/Sleepy Hollow crossover is like a great episode of The X-Files, where the Bones hour is the Scully, logic-based perspective and the Sleepy Hollow hour is more Fox Mulder-esque. Put them together, and it’s going to be a great two-hour event that fans of both programs are going to love.

When the idea came about to create this crossover event for fans, our writers’ room was immediately energized. The creative freedom to merge these two worlds which, at face value, seem so different; but at their core have such striking similarities – mystery, intrigue and methodical deduction, wrapped up in such strong character partnerships – was a challenge that we all welcomed, and we believe that fans of both series will be very satisfied by the result. It was a terrific collaborative experience across the board and we are eager to see the fan reaction to Ichabod and Abbie working alongside Brennan and Booth.