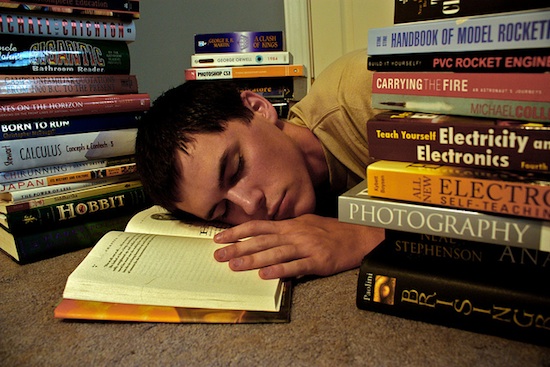 Good news for the productivity-minded individual — the eight hours a day you spend dead to the world in the comforting embrace of sleep is time you could be getting work done. Hooray? Well, maybe. While reading or learning another language while you catch some shut-eye is still the stuff of fantasy, new research from the Weizmann Institute suggests that learning in one’s sleep may be a possibility, and that previous attempts just haven’t used the right combination of senses to make our subconscious minds start paying attention. Researchers have now used sounds and smell to get sleeping brains to expect a combination of the two sensations without any input from the conscious mind, according to a study published in the journal Nature Neuroscience.

It’s long been understood that sleep is connected to learning. Studies have shown that sleep is important in making lasting connections about newly acquired information, and that retaining new data is difficult without getting proper rest. The goal of harnessing the subconscious to take in information while we catch our 40 winks has remained elusive, though. With this new research, we may be a step closer to making sleep lessons a reality.

Weizmann Institute researchers played a tone for sleeping patients, which was accompanied by a scent. That combination of smell and hearing seemed to create new connections in the brain, to the point that when one stimulus was taken away, subjects would still seek it out while remaining asleep. For example, subjects who had connected a sound with a scent while asleep would still sniff the air when the sound was played, even when no scent was associated with it.

Of course, this is all a little bit Pavlovian, which gets kind of creepy when you apply it to humans. It also begs the question of how much information one can really learn from a tone and a smell, but still — progress!

Even that, though, really skirts around the main issue — even if we are capable of learning things in our sleep, do we really want to set that precedent? Plenty of us are taking notes and fielding emails for our jobs or hobbies the other 16 hours of the day as it is. With that in mind, it seems like there’s something to be said for declaring one’s dreams well and thoroughly off-limits to anything that evens sniffs of work. After all, that’s how Donald Duck got to Mathmagic Land, and it looked like he had a really disturbing time there.