You Can Take A Skyrim Class At A Texas University 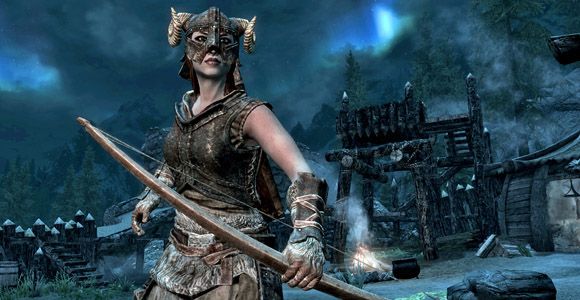 We had one comic book course when I went to college and I didn’t even get to take it. Now one university in Texas is offering a course on The Elder Scrolls V: Skyrim. Maybe I need to go back to school…

The course is titled “Scandinavian Fantasy Worlds: Old Norse Sagas and Skyrim” and you can take it at Rice University, a private institution in Houston, Texas with Professor Donna Beth Ellard.

So what will you be learning in “Scandinavian Fantasy Worlds: Old Norse Sagas and Skyrim?”

This course has two goals. First, it introduces students to fantasy as both psychological concept and driving force in gamer culture; and second, using these paradigms, it considers how and why medieval Scandinavia serves as a locus of modern Anglo-American fantasy. To these ends, students will read selections from Old Norse and Old Icelandic sagas (in translation) as they play different quests within Skyrim. While the course begins by identifying moments of intersection between the worlds of the sagas and of Skyrim (inclement environments, supernatural figures, mythologies), the course is not in any means meant to map the former onto the latter. The purpose of establishing these connections is to then consider how elements of medieval Scandinavian culture have been taken out of historical milieu and literary context, morphed into unfamiliar shape, and appropriated towards other fantastic pursuits. We’ll consider the political saga of Skyrim, with its emphasis on Empire and rebellion, as pursuits made possible by way of Scandinavia in order to think through what Scandinavian fantasy worlds are really about and why they resonate with contemporary Anglo-American culture.

I think that should be “three goals” with the third being “be awesome.” You think Skyrim will be sold in the campus book shop?