This Skyrim Class Makes Me Wish I Was Still in College 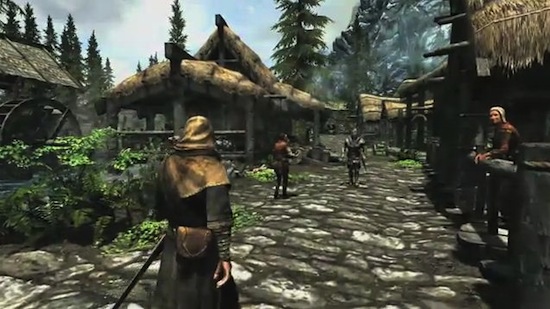 Attention college students: Do you like playing video games? More specifically, do you like a game called The Elder Scrolls V: Skyrim? If so, then I suggest you hightail it on down to Rice University in Houston, Texas, the only school that I know of with a course devoted entirely to the epic open-world RPG. For one semester only, English majors can sign up for Scandinavian Fantasy Worlds: Old Norse Sagas and Skyrim, a course that studies the psychology of gamers and the influence of Scandinavian culture in western fantasy stories.

According to the course description, professor Donna Beth Ellard and her students will compare the mythology of Skyrim to the ancient Norse mythology that inspired it:

“While the course begins by identifying moments of intersection between the worlds of the sagas and of Skyrim (inclement environments, supernatural figures, mythologies), the course is not in any means meant to map the former onto the latter. The purpose of establishing these connections is to then consider how elements of medieval Scandinavian culture have been taken out of historical milieu and literary context, morphed into unfamiliar shape, and appropriated towards other fantastic pursuits.”

Essentially, Skyrim serves as a microcosm for analyzing why western pop culture is fascinated by vikings, norse mythology, and the fantasy genre as a whole. English may not be the most useful major, but it’s definitely got some of the coolest classes.