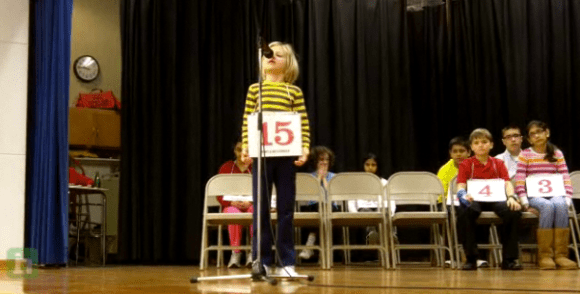 At the age of six, Lori Anne Madison just became the youngest contestant in the Scripps National Spelling Bee. The home-schooled student from Woodbridge, Virginia out-spelled 21 elementary and middle school students and emerged victorious by spelling the word “vaquero,” a Spanish word for “cowboy” — while dressed like a bee. Yeehaw! It’s on to nationals!

After winning the regional competition in Prince William County, Madison will now move on to Washington, D.C., where she will go head-to-head with 277 students from around the country. All of whom will be older than she is, but no less prepared.

“My parents quiz me. I read lists and I have a really good memory,” Madison, who is home-schooled, told Fox’s WTTG-TV.

Madison’s mother said that she had a strong feeling that “vaquero” would pop up at some point, so they made sure to practice that one. This is actually her second local spelling bee; she competed last year in another local bee and finished in the top five.

While the record-keeping for the Scripps Bee is described by MSNBC as “incomplete,” it looks like Madison is the youngest competitor since the bee was established in 1925, and by quite a bit. The youngest player on record was eight years old. 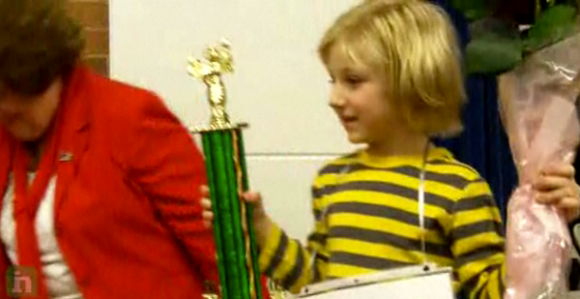