Sriracha Plant Ordered to Shut Down, Lunches Everywhere Get a Little Less Spicy

What are we supposed to do? Use Tabasco? 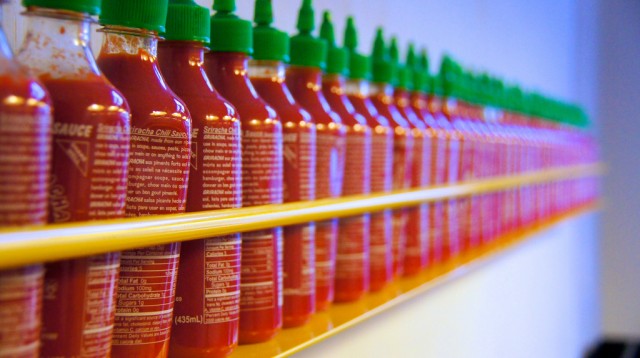 It seems the stand-off between Sriracha maker Huy Fong Foods and the city of Irwindale, California has escalated. The plant has been ordered to shut down operations that would produce the odor residents of the city have been complaining about.

The order came from Judge Robert H. O’Brien, who ruled that Fong must not only stop their smelly production processes, but also work toward relieving them. O’Brien said in his ruling that there isn’t sufficient evidence to support the health claims made by Irwindale residents such as heartburn, eye irritation, and asthma, but he said that the smell is likely to be deemed a public nuisance.

When news of the conflict first came out, the facility was at the peak of its three-month window to process the chilies it uses for the sauce, but that window is over, so it’s not clear whether the issues can be resolved before next year’s crop.

We’ll be interested to see if this ruling turns into a full-on Sriracha panic.