Okkervil River Makes Video Game In Anticipation of Their Next LP

Guys, this is cool and innovative and nostalgic and all that, but just release your LP. 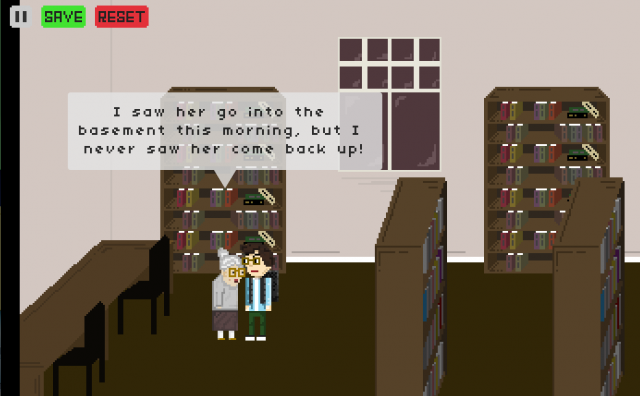 “I should get off the computer and go outside.” It’s not just the way most of my mornings start — it’s also the opening of the new browser video game The Silver Gymnasium, written by Okkervill River frontman Will Sheff in anticipation of the band’s upcoming LP of the same name, which is set to drop on September 3.

Frontman Will Sheff put together the eponymous browser-based game, and co-wrote the dialogue– not to mention resembles the hero of the game, though he’s a bit less boxy in real-life. The game takes place in 1980s New Hampshire, and was inspired by 80s adventure games, like Leisure Suit Larry and Maniac Mansion. Benjamin Miles of Eyes and Ears helped produce the game as well. 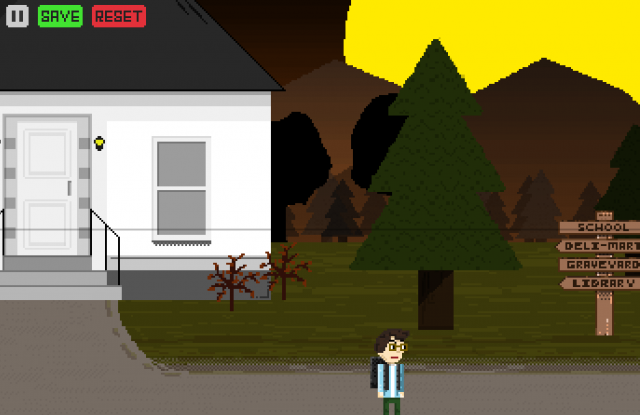 The first chapter went up earlier today, introducing our hero, his empty house, and his quest to find his sister. You pretty much walk around and find enigmatic book pages, including some quite helpful ones from the missing sister’s diary as well as those that introduce the mystery of the Silver Gymnasium. The game’s soundtrack consists of chiptune renditions of tracks from the new album, and new installments are due to be released every few weeks. 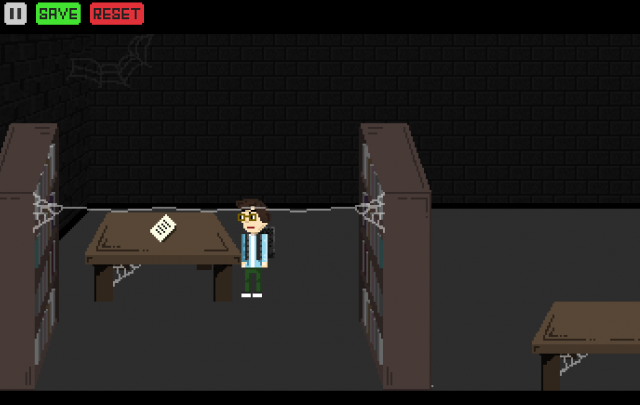 You can play it for yourself here.