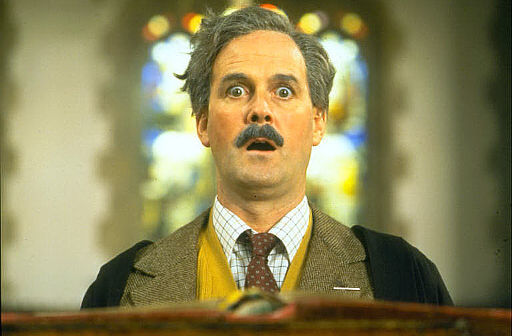 While we wouldn’t be surprised to see similar, or even weirder complaints from our fellow Yanks here in the U.S. of A., a new collection of complaints by British filmgoers is just adorably prudish and random. Compiled by the British Board of Film Classification (BBFC), which deals directly with costumer complaints concerning movie certificate ratings, a list of the silliest gripes received by the association includes problems with what people look like, what things look like, the words people say, and the price of popcorn. Which, no, Virginia, has nothing to do with rating certificates. So, come with us after the jump to read more about how many British people have a problem every time Dame Judi Dench uses a naughty word!

For more context, most of the BBFC’s complaints stem from movies with a 12a certificate rating and express legitimate concern over sexual and violent content. A 12a rating is similar to a PG-13 here in the States, except it concerns audiences aged 12 and over instead of 13.

But these complaints are hilariously specific. And that, my friends, is how comedy works. The titles of each entry are the actual text of the complaints received.

1. “I don’t like Daniel Craig”: Writing about Casino Royale, the author of this complaint also found Craig’s two female costars to be “the worst, most unattractive side-kicks” he’d ever seen and demanded the return of Sean Connery, who is currently 81 years old, as James Bond.

2. “Their pyjamas were too clean”: This viewer of the movie The Boy In The Striped Pyjamas, which is about the Holocaust, said that the “striped pyjamas” in question (that is, the prison uniforms) were too neat and tidy to have been through a concentration camp and was a sign of Hollywood “sanitizing” the tragedy. So he/she lodged a formal complaint. About the wardrobe.

3. “Kids went to the toilet too often”: A complaint made after a viewing of Pirates of the Caribbean: Dead Man’s Chest, by elderly moviegoers who apparently believe that the BBFC has any control over how young moviegoers act in a movie theater. Similarly…

4. “My friend fainted”: After a viewing of Eden Lake, because the BBFC has control over the delicate constitutions of this particular moviegoer. How dare they be so uncaring when issuing their ratings.

5. “Judi Dench should never swear”: According to the BBFC “almost every time Dame Judi swears in a film, regardless of its category, we can expect a number of complaints.” Well, maybe Judi Dench just can’t help her filthy, filthy mouth.

6. “It was a bad movie”: Seriously, they should have been warned about Disaster Movie. And now it’s all the BBFC’s fault.

8. “Her X Factor performance was too sexy”: Four people who went to see the movie Burlesque, which starred Christina Aguilera, complained to the BBFC about Aguilera’s raunchy performance on a separate television show. In case you’ve lost track, this is a complaint about a movie because of something that happened on television. Apparently, because of the TV appearance, Aguilera was setting a bad example and should not have been cast in a movie that 12-year-olds could see. So they complained to the people who set the ratings. Makes perfect sense. What is the surprising part about this? Four people saw Burlesque!

9. “I’m going to kill you”: Sent to the BBFC after they banned the Japanese horror movie Grotesque from UK theaters. The multiple death threats prompted legal action, and suddenly made the popcorn complaints look comparatively tolerable.

10. “A shadow looked like a vagina”: It wasn’t an actual vagina that appeared in Quantum of Solace, but it was way too close for comfort for two people. Dirty, dirty shadow-vaginas.

I am dying to see American complaints. We can be crazy mental when it comes to the MPAA and genitals.