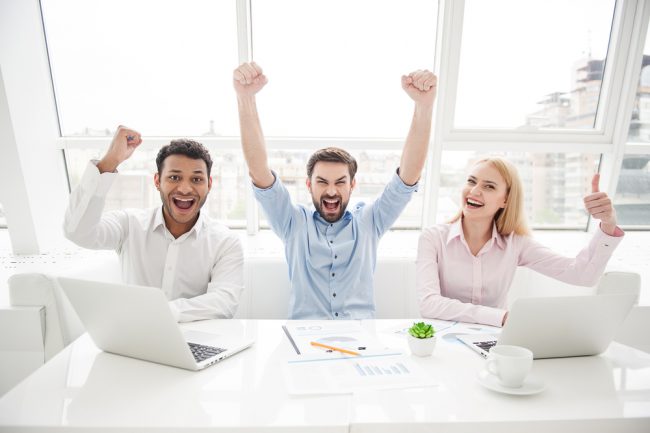 I doubt there are many people who would be surprised, at this point, to hear that the male-dominated tech industry of Silicon Valley is a toxic place for women. And yet it’s still rare to hear women speak out publicly and name names of men who have harassed them or otherwise perpetuated and profited off of that culture. Tech news site The Information recently reported on multiple women who had opened up about being subjected to harassment at the hands of venture capitalist Justin Caldbeck, and even for those who have come to expect these things from that industry, the report is appalling.

The New York Times then followed with the stories of more than two dozen women telling their stories of harassment. As the Times notes, “The new accounts underscore how sexual harassment in the tech start-up ecosystem goes beyond one firm and is pervasive and ingrained.” Oftentimes when people think about workplace harassment, they think of it happening between existing coworkers. That in itself creates a hostile work environment and can prevent women from advancing in their field, but the Times’ article also makes it clear just how big an impediment this culture of sexual harassment is for women trying to first break into the tech industry. Many of the incidents described took place while these women were pitching ideas or seeking advice or funding. The women speak of being propositioned by investors, and being hit on after or during job interviews. Many of them describe losing out on jobs after turning down sexual offers, or avoiding companies where male employees or executives have made them feel uncomfortable.

And let’s be clear, in case there’s any doubt: if a woman chooses to pass on an opportunity because of unwanted sexual advances, that’s not really her “choice.” That’s as much the fault of the man and the company as if she’d been denied the position for the same reasons.

As rare as it is to hear these women speak out, given the very real risk of direct retaliation or indirect ostracizing, it’s perhaps even rarer to get the kind of response tech founder Dave McClure has offered up. He published a response piece on Medium simply titled “I’m a Creep. I’m Sorry.” In no way does admitting to the kind of awful behavior described by the women in the aforementioned articles make McClure a hero, but it’s worth acknowledging a self-proclaimed creep’s honesty.

He writes bluntly, “I made advances towards multiple women in work-related situations, where it was clearly inappropriate. I put people in compromising and inappropriate situations, and I selfishly took advantage of those situations where I should have known better. My behavior was inexcusable and wrong.”

Sure, at least part of McClure’s motivation here is likely to save his company’s relationship with its partners (at least one of whom is reportedly reconsidering their partnership). But in a world full of half-assed “I’m sorry if you felt bad by the fine, innocent thing I did” non-apologies, these are great words to read:

“For these and other incidents where I have been at fault, I would like to apologize for being a clueless, selfish, unapologetic and defensive ass.”

McClure’s apology in no way excuses or erases his atrocious behavior. Behavior like messaging an interviewee “I was getting confused figuring out whether to hire you or hit on you” (and then not hiring her when she objected to the message), or seemingly making the objectification of women a core tenet of your platform.

This 2012 deck abt pitching to VCs is 1 of many versions of by Dave McClure of 500 Startups on Slideshare. https://t.co/dHdrFQBouX pic.twitter.com/vWEdOaXUlF

I’m therefore wary of appearing to celebrate McClure in any way, but nonetheless, we hear so few of these stories from women in the tech industry (and so many other male-dominated fields), in large part because the men at their center almost always deny and retaliate. It takes a great deal of bravery to speak their stories. For the men accused, it takes only a fraction of the decency they’ve previously lacked. For all the other men in these articles, and the many, many men not mentioned here but very much guilty of the same behavior, McClure lays out a pretty simple four-step plan for how to proceed in this all too common situation.

My biggest qualm with McClure’s apology essay is that he claims “My personal failures aside, [his company] 500 has long supported a diverse community of entrepreneurs including women, minorities, LGTBQ, international, and other overlooked founders.”

We need to get to a point where we don’t equate hiring marginalized peoples (especially since the numbers of women, queer, and POC representation are so low, hiring *any* is seen as a job well done) with supporting them. The entire point of these women’s testimonies is that this is not an industry provides support, and this man’s company is front and center in that conversation. And not for any reason worth a pat on the back.

If women are going to feel safe speaking up about their awful experiences, men can help by owning up to their abhorrent actions. Of course, these men can also help by not being abhorrent in the first place. But, well, baby steps.