Sigourney Weaver Fighting an Alien and Slimer With a Proton Pack 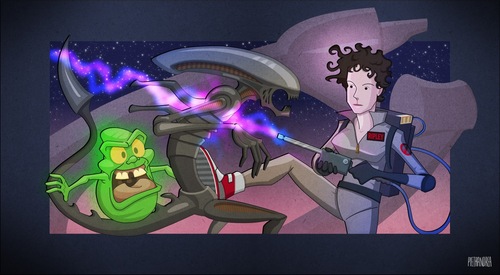 Geeks OUT is having a big party to celebrate Sigourney Weaver as one of the deities of Science Fiction cinema (and to raise some funds for their mission to raise awareness of and provide LGBT- and queer-positive spaces for comics, creators, and teen outreach), and that means a lot of badass donated artwork. This one’s by David Pietrandrea. Go on over and take a look at what’s already been donated to their raffle.