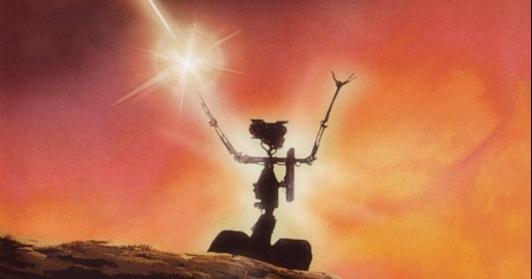 Hollywood, we know your game. You have made it obvious that your goal is to remake every movie ever released in the 1980s. Fright Night. WarGames. Clue. The Evil Dead. Next thing you know it’ll be The Breakfast Club or Weird Science (DON’T YOU DARE). Today, however, you are taking on beloved 1986 cult robot film Short Circuit. You do realize Wall-E was a thing only about three years ago, right?

Tim Hill–whose biggest credits so far are his writing jobs on Spongebob Squarepants and Rocko’s Modern Life, which frankly we find kind of awesome–is set to direct the remake, which follows an intelligent robot originally built as a weapon and his burgeoning friendship with a family as he runs from the government.

Apparently they’ve been thinking about remaking this thing since, well, since Wall-E came out, back in 2009 (although no formal connections have been made between the two films).

Back then, director Steve Carr and writer Dan Milano were attached to the project, although there hasn’t been much talk about their status with the film currently.

Short Circuit is one of those movies that almost everyone over a certain age has seen at one point or another, even if it was when you were 8 and the only thing you can still remember is Ally Sheedy’s hair. It was a big movie way back when, but it’s not as well-known now, so if this thing moves forward it’ll be interesting to see what they do with it.