Feedback Device Adds Electric Shocks To Your Smartphone Games, Because You Wanted That, Right? 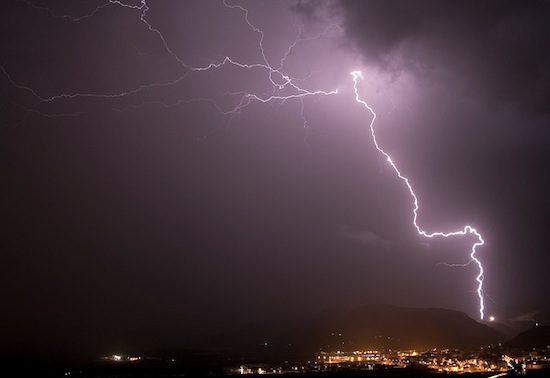 We’ve all had the experience of playing a game of Temple Run or Angry Birds and thinking “Yeah, this is fun and all, but I really with this game would deliver a mild electrical shock through my phone.” Soon, you may get the chance to turn that fantasy into reality thanks to the work of computer interaction researcher Pedro Lopes, who has developed a new control interface for playing games on your phone — one that uses electrodes to shock players.

The shock delivered by Lopes’ feedback device isn’t enough to cause pain, he told New Scientist, but just powerful enough to stimulate muscles in the hand. By tensing those muscles, Lopes hopes to create a force for people to fight against in games and a genuinely interactive answer to tired “controller rumble” features. Essentially, players will end up fighting the force generated by their own muscle spasms.

Now I’m all in favor of innovation, but… isn’t this a little much? Maybe we can all just agree that, where the matter of gaming peripherals is concerned, maybe “electrodes that shock you” are taking things a little far? Or maybe not. What do I know? Considering this isn’t the first swing at a controller that zaps you while you’re playing, there are clearly segments of the market here I’m just not getting. And I’m OK with that.

I’m also going to go on the record as not being a huge fan of games where people have to swing their phones about wildly, as these games are inevitably played by people standing next to me on public transit who, of course, take umbrage at the fact that there are people standing in what is clearly their own personal arcade, and then I have to spend the rest of my train or bus ride seeing if I can hate a person so much that they go blind. It hasn’t worked yet — to my knowledge — but it has saved me several assault charges.

That’s not to say there aren’t plenty of applications where a mild electric shock from a phone wouldn’t be welcome. Every time you try to text your ex, for example, or any email you try to send your boss after midnight on a weekend, a short sharp shock from your phone would be appropriate, and might even prove to be a teachable moment. Maybe we can get to work on those, soon? Asking for a friend, of course.