The FDA just Approved a Magnetic Hat to Treat Depression 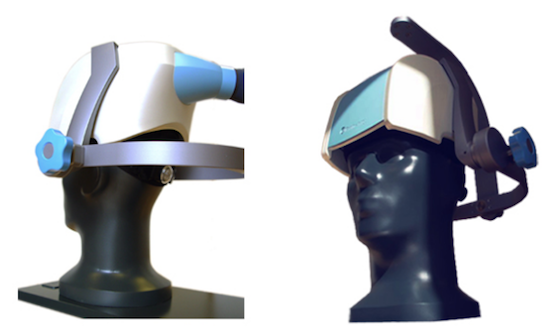 Ominously-named Israeli tech company Brainsway has just gotten clearance from the FDA to sell its depression-treating helmet in the United States. Billed as an alternative to mood-altering pharmaceuticals, Brainsway’s technology sends brief magnetic pulses into the brain in the hopes of rewiring connections between brain cells and essentially clearing up the lines of communication between them.

While this marks the Brainsway’s first appearance in the United States, the technology has been on the market in part of Europe for some time. Meanwhile, tests on similar technology — called transcranial magnetic stimulation — have shown promise in other avenues of behavior modification, from telling lies to cocaine addiction. Releasing the Brainsway device into the wild, though, should make for a large scale test of just how effective magnetic therapy might be. It could also finally answer the question: “Magnets — how do they work?”

If this sounds like a magnetic version of electroshock therapy — it kind of is? Only TMS is much, much kinder and gentler than electroshock, sending forth about the same amount of power as an MRI scan, but delivering it in a more targeted way. It’s not a take home device, and the gadget will be operated by folks trained in its use and patients will come in for short, weekly treatments, like with a therapist. Except instead of a therapist, you get a helmet that zaps you with magnetism, which, for our money, is way better.

It’s important to note that FDA approval of a product doesn’t mean it will definitely work for everyone. For medical devices, a good rule of thumb is “This might work, and it won’t do you any harm to try it out.” That said, there’s a growing body of evidence to suggest that TMS does have some ways of affecting beavior, even if we don’t quite understand what those are yet, so it’s certainly not out of the realm of possibility that this thing — as strange as it may sound — may offer some patients relief from depression that they haven’t been able to find elsewhere.

And hey, worst case scenario the helmet will also probably prevent Professor X from reading your thoughts, though that’s really neither here not there for most patients.