Hollywood Is Trying To Make A Shining Prequel, Cue Elevator Of Blood 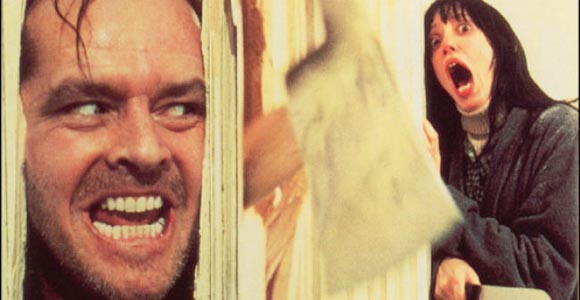 Do you ever feel like Hollywood is like your bigger, older brother who makes you punch yourself with your own fist, or is that just me? A prequel to Stanley Kubrick’s The Shining is in the early stages of development. The who, what, why, and what for after the jump.

The last time we heard about something Shining related it was that author Stephen King was writing a sequel to the original novel. If anything, you’d think that would be what Hollywood would have its sights set on but no, they’re thinking prequel.

The L.A. Times heard the news from an unnamed source. “The studio has solicited the involvement of Hollywood writer-producer Laeta Kalogridis and her partners Bradley Fischer and James Vanderbilt to craft a new take as producers, according to a person familiar with the project who was not authorized to talk about it publicly,” they wrote.

Kalogridis has written, wait for it, a few episodes of the Birds of Prey television show, the Bionic Woman reboot, and Martin Scorsese’s Shutter Island. Vanderbilt wrote Zodiac, The Losers, and is also working on the RoboCop reboot and The Amazing Spider-Man 2. Fischer has produced Zodiac, Shutter Island, and Black Swan among others.

So where exactly would a Shining prequel put us story wise? “The film would focus on what happened before Jack Torrance (of course played memorably onscreen by Jack Nicholson), his wife and their psychic son arrived at the haunted retreat where Torrance soon descends into violent madness,” wrote the L.A. Times.

It’s hard to tell from the description whether or not they mean to tell the story of Jack and his family or the hotel itself. Now if you ask me, the former isn’t the way to go (if you go at all). Besides the mental decline of Jack, the most interesting thing about The Shining is the Overlook Hotel. Delving into its history, and learning more about its past guests and caretakers, could be a really cool story to tell if done right.

But the L.A. Times said, “A WB spokeswoman cautioned that any Shining prequel was in a very early stage and not even formally in development.”

Are you interested in a Shining prequel at all or is Kubrick’s film one of those sacred pieces of cinematic history that shouldn’t be touched (we’ll forget about that TV mini-series)? The way things are going in Hollywood these days, I would have expected to see a remake of A Clockwork Orange before The Shining came back to the big screen. Oops. Shouldn’t have said that, Hollywood has ears everywhere…