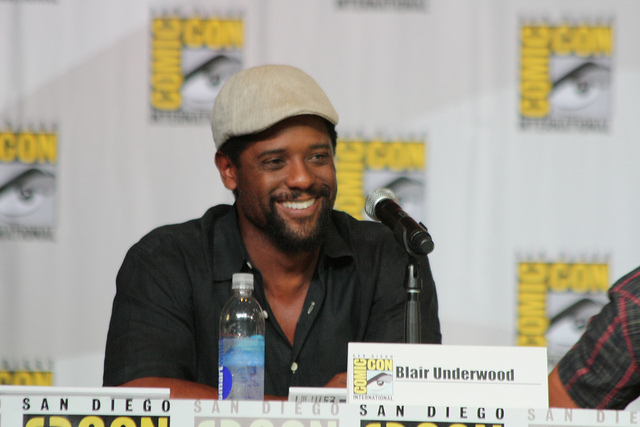 After yesterday’s wild mid-season finale, we’ve got a long wait until March for more Agents of SHIELD. So let’s agonize over every piece of casting news we get from now until then to make the wait seem less horribly long!

Spoilers for the season finale of Agents of SHIELD and Underwood’s character follow.

Blair Underwood has been cast in the Marvel series in a recurring role. According to The Hollywood Reporter, the two-time Golden Globe nominee will be playing – wait for it – Melinda May’s estranged ex-husband, Dr. Andrew Garner.

Sorry, Dr. Garner, but I’m pretty sure you have to be a fool with a death wish to break up with the Cavalry, especially when she’s also Ming-Na. But that’s just me.

Dr. Garner will first appear in the show this March, so soon after the show returns from hiatus. I’ve always kind of assumed Coulson and May had some sort of complicated past (and I totally ship it), so I’ll be interested to see what kind of dynamic Garner brings to the table – especially since Ward and May-duplicated Agent 33 are also running around somewhere. Additionally, with the actually tragic loss of Trip in the mid-season finale, it’s nice to see that SHIELD is bringing more people of color on-board. Just stop killing all your POC and queer characters now, okay SHIELD? Okay. Awesome. Thank you.

(via THR, photo via Thibault)