Agents of SHIELD Recap: “What They Become” 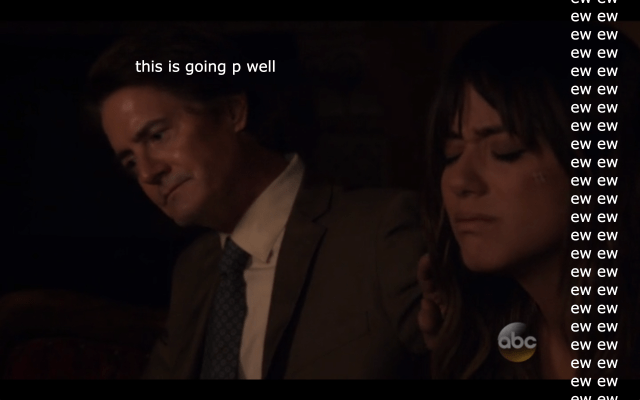 It happened. Everything we’ve been predicting all season happened. And just because we knew it was going to happen didn’t make it any less awesome when it finally did happen. Agents of SHIELD, keep making things happen!

The following contains spoilers for the mid-season finale of SHIELD so read at your own peril, mutant rip-offs.

After a season of mercifully Skye-light episodes, her season-and-a-half origin story finally came to a head in “What They Become.” Some kind folks on Twitter and in the comments section of last week’s recap pointed out “Daisy Bell” in the background of Skye’s dream sequence; and sure enough, this week SHIELD gave us confirmation that she really is Daisy Johnson (better known as the Inhuman Quake), and that SpyDaddy is Calvin Zabo (or Marvel villain Mister Hyde). Though it’s been in the works for a year and a half, it’s clear the writers are playing with the comics a bit here; it’s unclear whether or not Cal has actual powers or if he’s just wacky, and Skye clearly gets her powers from her mother, not her pops. But either way, we’ve got the beginnings of the first super-family in the Marvel universe, paving the way for their Inhumans film in, uh, 2018. 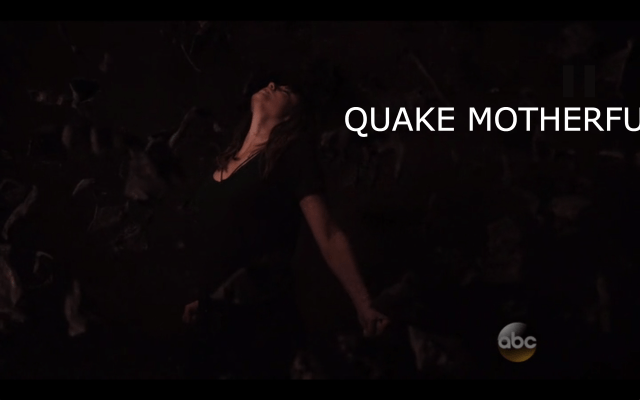 Skye’s exposure to the mist that exploded from the Terrigen Crystals encased within the Diviner (that might be the nerdiest sentence I’ve ever written, and that’s saying something) led to her transformation into Quake, which is definitely epic—but will also always be tragically tied to Trip’s death. Despite the fact that last week I decried Mack’s apparent Sentinel transformation and cried for Trip’s departure instead, I’m so sorry I take it all back I didn’t mean it Trip we miss you already ughhh.

I know Trip was chronically underdeveloped this season —with valuable air-time going instead to the development of characters like Hunter, Mack, and Bobb—but what little time the Howling Commando’s grandson did have this season was always inexorably tied to Skye. In the same way that Mack and Fitz bonded this season, we saw a similar kind of friendship form between Skye and Trip; with his sacrifice on her behalf being the first thing Skye sees after emerging from her Inhuman cocoon, I’m pretty sure that’s going to mess her up.

At least the scripts will probably tell us that Trip’s death is going to mess Skye up. The only disappointing thing for me about this whole arc is that Chloe Bennet—though she’s improved significantly from last season—just doesn’t bring a whole lot of range to the table when playing Skye. We get a lot of sad eyes, and lately we’ve gotten some excellent butt-kicking, but that’s about the extent of it. If Quake is really going to number among the Avengers like she does in the comics, we’re going to need Bennet to up her game. I just can’t see her going toe-to-toe with Robert Downey Jr. or Scarlett Johansson quite yet. That being said, the scene where she blew Ward away without even hesitating was maybe my favorite moment for her of the entire series. I might have cheered out loud from my couch. 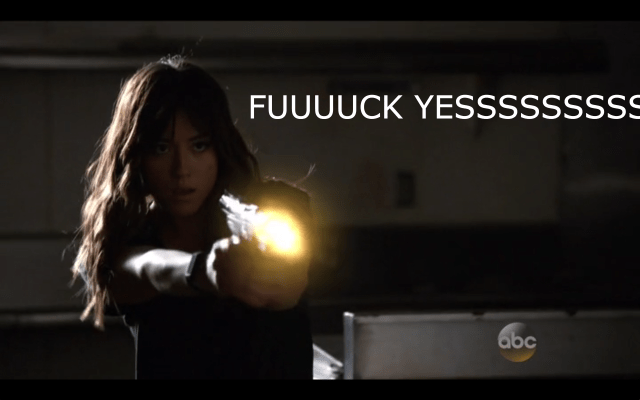 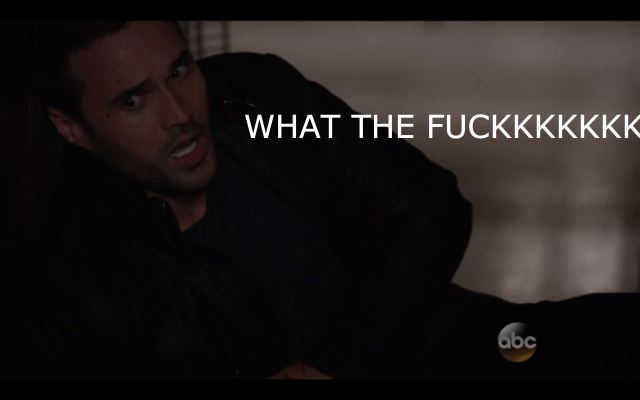 On the other end of the spectrum, Kyle MacLachlan has been an absolute delight this season, and I’m so excited we’re going to get to see more of him. He might be getting even better lines than Coulson these days, and that’s saying something. And the Coulson/Cal fight scene was pretty wild for two middle-aged dudes—did you see the way Coulson swung his legs around Cal’s neck and brought him down to the floor? It’s clear that Coulson is the better SpyDaddy by far (and he was ultimately the right man to take Whitehall down), but I’m still glad Skye let Cal go. For future excellent line purposes only, of course. 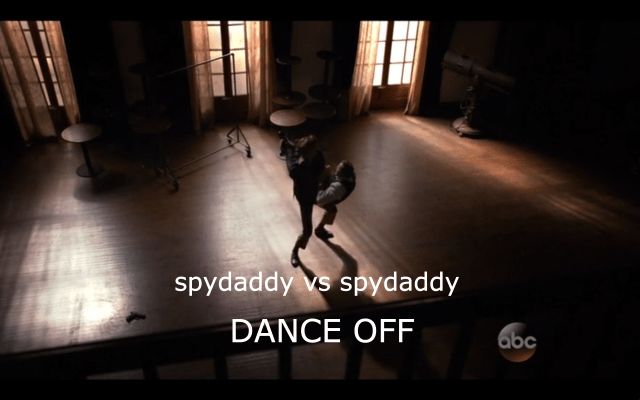 We’re left with more than a few mysteries at the end of this cliffhanger episode. For example:

1. What the hell was going on between Mack and Bobbi, and what is she hiding from Hunter in that thumb drive? Is this some weird Shadow Council business? Is she a Skrull? Is Nick Fury involved? Nick Fury is probably involved. 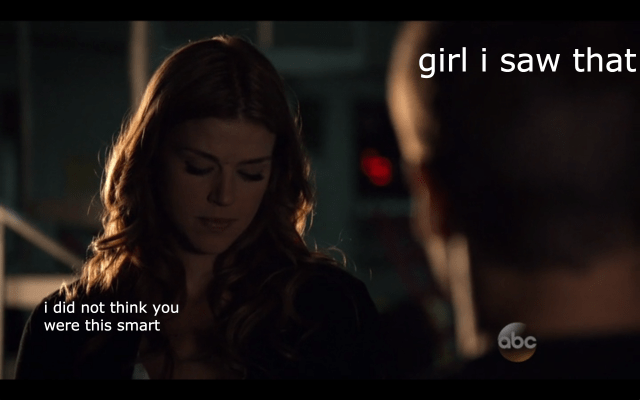 2. What in the hell happened 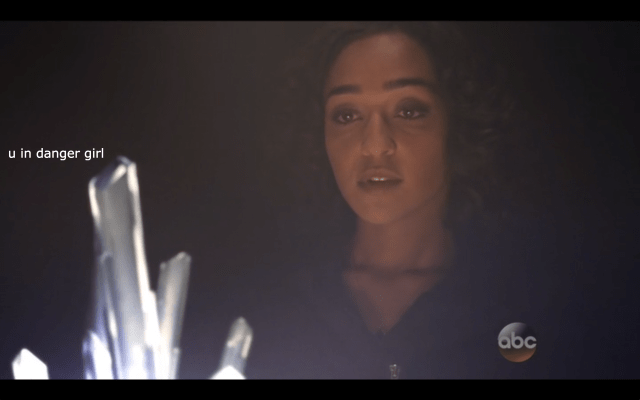 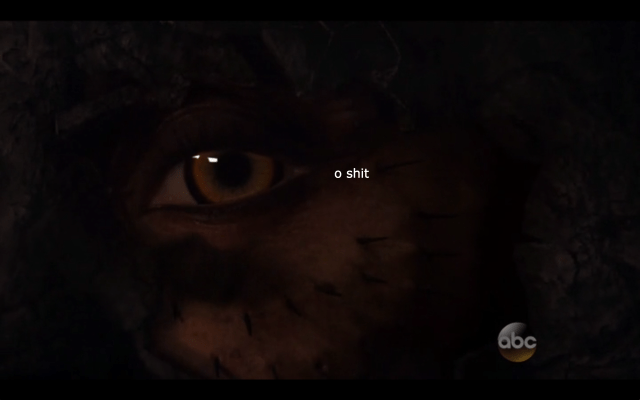 After she’d already been divested of her Flower Dress for several episodes (suggesting her transformation had already begun long before she was hit with the mist), we’re now seeing an even wilder physical transformation. I can’t think of anyone from the comics who she might be. Help me out, friends? 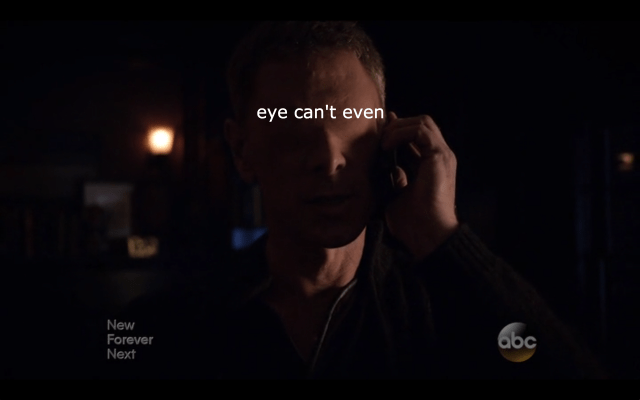 Is he another Inhuman? Is he calling the rest of the Inhumans? Is he Videmus, this guy who can grow long tendril-like eyeballs out of his head, and has a connection to the Terrigen Crystals and to Ultron’s Quiksilver and Scarlet Witch? Or is he the Reader, a dude from the newest run of Inhumans who had the ability to turn anything he read into reality, so the other Inhumans blinded him? So much possibilities oh gosh.

“What They Become” had far-reaching consequences for both SHIELD and the MCU as a whole—though not as much as I’d originally anticipated. The Terrigen Mist didn’t disperse on a global scale, meaning there are likely still tons of dormant Inhumans out there, waiting to be activated [Editor’s note: KAMALAAAAAAAA]. But we’ve also seen that other Diviners and active Inhumans already exist. It will be interesting to see how SHIELD handles this expansion—though the show has undoubtedly gotten better the less insular it’s become.

What did you think of the mid-season finale? What are your theories? Let me know in the comments!