According To Guinness, Sherlock Holmes Is The Most Portrayed Literary Human Character 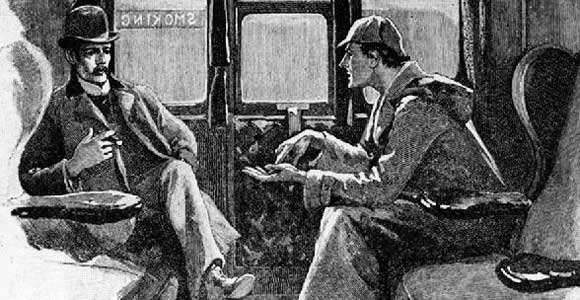 To be more specific, as Sherlock Holmes would expect us to be, he’s now the most portrayed literary human character in film and television. That according to the Guinness Book of World Records who say the detective beat William Shakespeare’s Hamlet for the title. Hmm…I wonder how that happened…

Sir Author Conan Doyle’s fictional detective has been depicted on screen an amazing 254 times according to Guinness. They write, “Since his creation in 1887, Sherlock Holmes has been played by over 75 actors including Sir Christopher Lee, Charlton Heston, Peter O’Toole, Christopher Plummer, Peter Cook, Roger Moore, John Cleese, Benedict Cumberbatch and Robert Downey Jr.”

I would say Downey Jr.’s Sherlock Holmes, Cumberbatch’s Sherlock, and the more recent Jonny Lee Miller’s Elementary series would have put Sherlock over the top but the character in second place doesn’t even come close. To compare, Shakespeare’s Hamlet has been depicted just 48 different times.

There was that small caveat in the title – the word human. “Sherlock is not the overall most portrayed literary character in film. That title belongs to the non-human character Dracula, who has been portrayed in 272 films,” writes Guinness.

So, who’s your favorite Holmes?