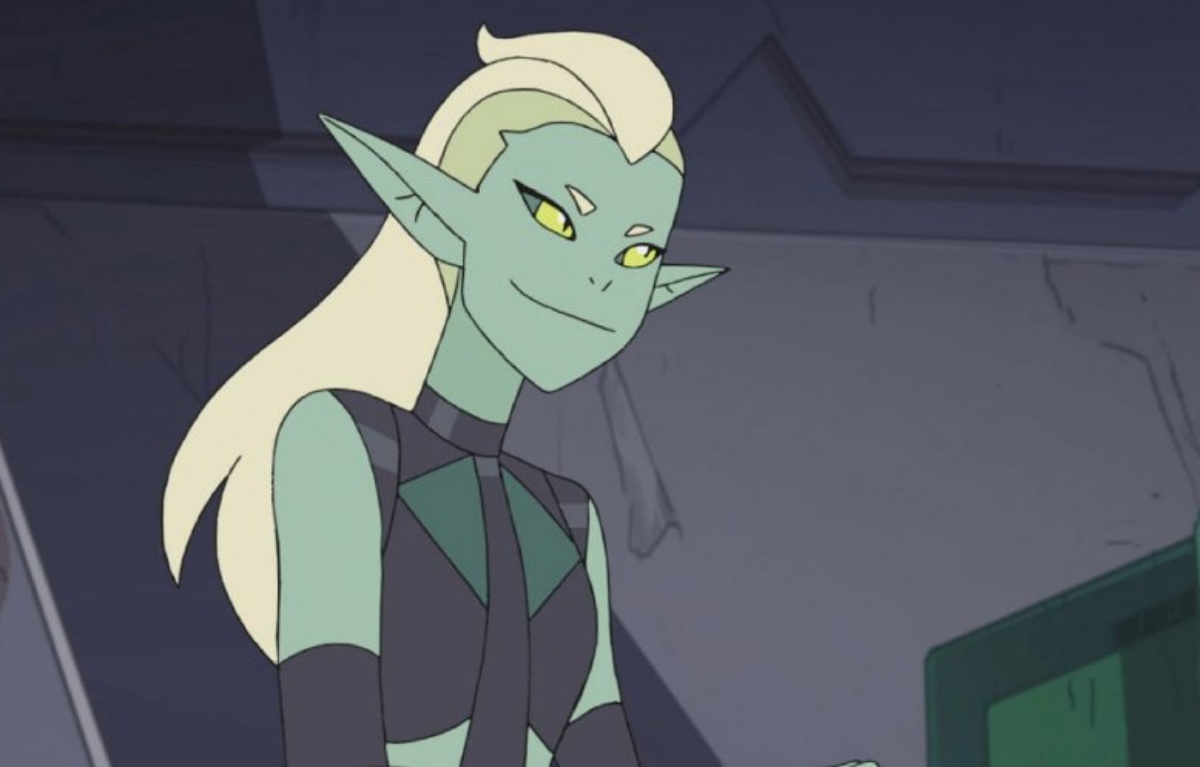 A lot of new things are coming for the characters in the newest season of She-Ra: Princesses of Power, and one of the things that was heavily teased during New York Comic Con was the introduction of two new characters—one we haven’t seen yet, and the other a shapeshifting, non-binary mercenary, Double Trouble.

Yesterday, it was announced that Jacob Tobia, a gender-nonconforming performer, producer, and writer, will voice Double Trouble.

Noelle Stevenson is, herself, a queer woman and has always been at the forefront of LGBTQ representation. Plus, at 27 years old, she makes me feel more lazy and unaccomplished than usual, which makes it unsurprising that she would want to find a way to include more queer characters in the show. I especially love that she was able to bring in a non-binary voice actor for the role. As Tobia says in the video, fantasy is a vital way of exploring realities different from our own, and sometimes we can do that by creating more inclusive worlds than the one we have.

Ever since I was a child, I’ve dreamed of playing a nonbinary, shapeshifting goblin-elf-princess and now I can say I’ve done it! So much love for my @DreamWorksSheRa family <3 Thrilled to be bringing a lead nonbinary character to life with y’all! https://t.co/hPz7SUCm44

Apparently, Double Trouble is a character from the She-Ra of the 1980s, but in that form, they were a cis-female character. The character never made it into the original She-Ra: Princess of Power cartoon series, but appeared in comics and with dolls that Mattel made, because it was that time.

Of course, there are some who are a bit salty about this, but let’s be real: The majority of the fans of She-Ra, at least those I’ve met and known, are super into the gayness of it all and are excited to have more representation. One of the amazing things about seeing the show’s Comic Con panel was seeing the diversity of the voice actors, and especially having the main character be voiced by a Latina actress, Aimee Carrero, who also has voiced Princess Elena on Elena of Avalor. One of the things we don’t always talk about is how important it is to have diversity with voice actors behind the scenes.

She-Ra is helping to do that after all the three members of the Best Friend Squad are voiced by people of color, and now, by allowing non-binary actors to play non-binary characters, we get another win.

We can’t wait for the show to return to Netflix when November 5th comes. That and The Crown within the same month? Thanksgiving indeed.

DreamworksnonbinaryShe-Ra and the Princesses of Power