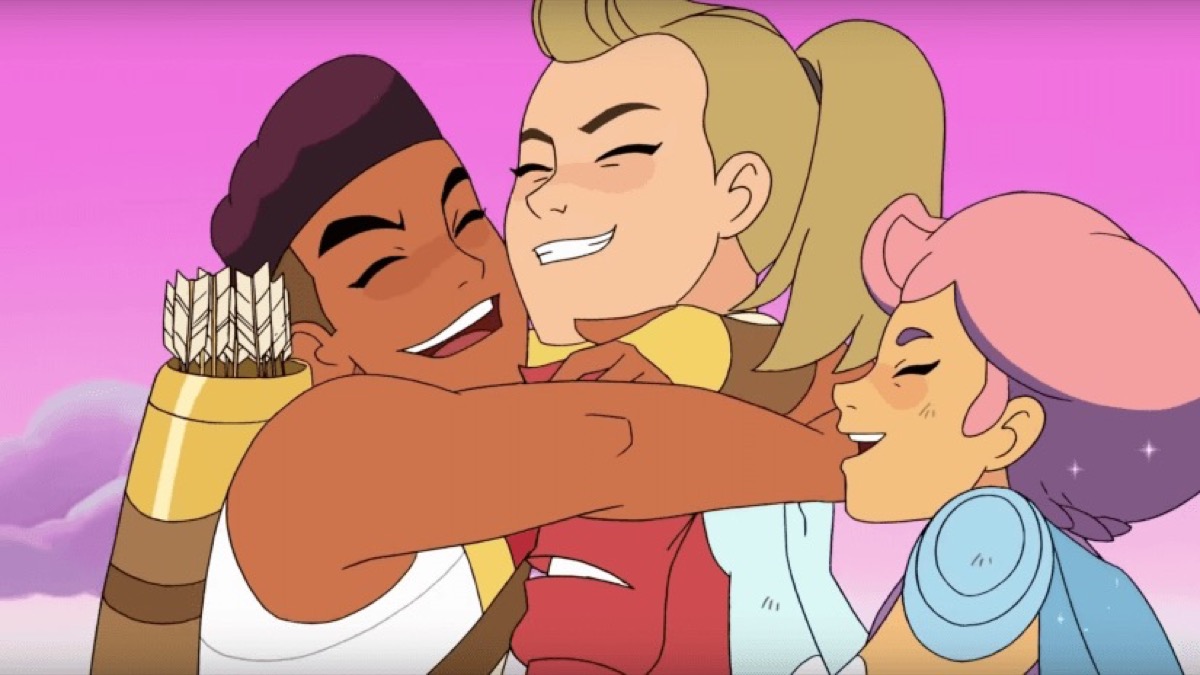 Since the original 1985 She-Ra series was created as a spin-off of He-Man and the Masters of the Universe, it was a given that people would wonder if the He-Man character would make an appearance in the new She-Ra, created by Noelle Stevenson for Netflix. But according to an interview with Inverse, we shouldn’t be expecting that to happen anytime soon, if ever.

“He-Man is not really on the table for this iteration of She-Ra at all,” says Stevenson.

She went on to say, “It would be a challenge, I think, to bring He-Man to life in the present day. Even more so than She-Ra. He’s a very iconic character. It’d be a lot of fun to incorporate him into the world of She-Ra, but I don’t know what my what my approach to that would be.”

For the unfamiliar, He-Man the show was based on the Mattel Masters of the Universe toy line. It featured Prince Adam of Eternia, who turned into the hero He-Man when holding the Sword of Power and saying the words “By the power of Grayskull!”

She-Ra, not a part of the original toy line, was launched two years later as a way to expand the universe to appeal to young girls. Following a similar vein, Princess Adora was kidnapped at birth and raised by the evil Horde. Once she discovers her true identity, she is able to transform into She-Ra with the Sword of Protection and the words “For the honor of Grayskull.”

While the siblings often interacted in the 1980s, there was no mention at all (that I can recall) of Adam in the Netflix reboot. The new show stands on its own as a totally unique creation, creating its own mythology rather than trying to remake the original. So it makes sense that it wouldn’t feel the need to establish the same origins.

Stevenson explains, “It’s sort of a dance of figuring out how to incorporate the larger lore of Masters of the Universe without needing to visit Eternia or see these very, very iconic characters appear. Just letting it be about She-Ra’s story and her being disconnected from where she came from, from her family on Eternia.”

In my review of She-Ra, I made a comment about how Stevenson and her team could, theoretically, do some great things with a He-Man series, potentially creating an iconic example of non-toxic masculinity for a generation of boys.

As for integrating Adam into She-Ra itself, I’m happy to hear that’s not on the table. The show already has some fantastic male characters, most notably the awesome Bow. It’s in no way suffering from a lack of a full male co-lead, a thing so few shows know how (or feel confident enough in their audience) to go without.

He-ManShe-Ra and the Princesses of Power