Review: She-Ra and the Princesses of Power Is a Funny, Smart, Totally Inclusive Celebration of Female Empowerment

It's also just a heck of a lot of fun. 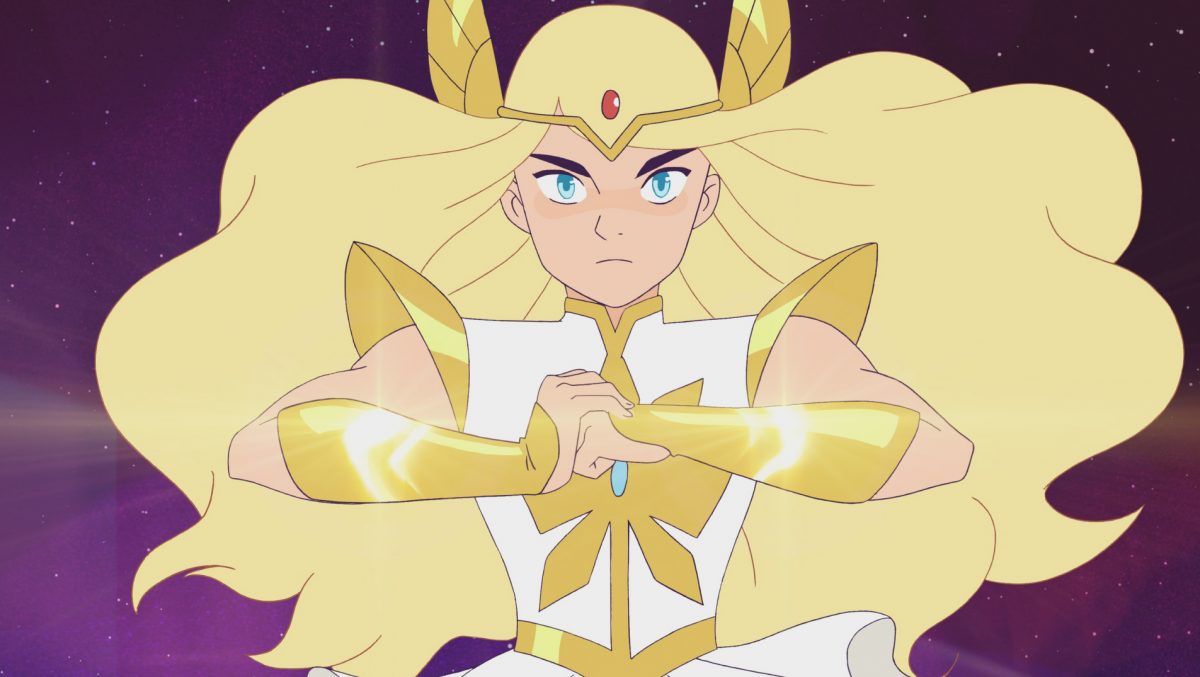 **Note: No spoilers here for She-Ra and the Princesses of Power, but there is discussion of basic plot and a few specific moments. If you want to go in 100% free of She-Ra knowledge, come back next week after the show hits Netflix.**

Netflix’s new She-Ra and the Princesses of Power might technically fall into the tired category of nostalgia-based reboots, but don’t be fooled. This is not the She-Ra you or your parents grew up with. The new show, created by cartoonist and writer Noelle Stevenson (Nimona, Lumerjanes), is so timely in its messages and so modern in its inclusivity and respect for its young audience that I’m mad that it didn’t exist when I was growing up.

But I also know it couldn’t possibly have. This is a show for now.

Like the original, the new She-Ra tells the story of Adora, a teenage orphan raised by an (unbeknownst to her) evil clan called the Horde. She’s the star pupil in their child army, being trained to fight the enemy rebellion, until she finds a magical sword that turns her into the mythical warrior princess She-Ra. That’s also when she learns she’s been lied to about the nature of the Horde and has unknowingly spent her whole life being a baddie.

The show takes place on Etheria, a magical world divided into kingdoms, each overseen and protected by a different elemental princess. Years ago, the Old Princesses had a mighty alliance that fell apart after being defeated in a brutal battle with the Horde. Now, all the Princesses look after their own kingdoms and mostly keep to themselves.

Adora is tasked with reuniting the group, to convince them to try to give unity and teamwork another shot. Their parents couldn’t make their systems work, but shouldn’t the younger generation give it a chance? (I said the metaphors were timely.)

Though, despite being half of the title, the Princesses aren’t the most interesting or even the most important part of the show. They have some truly great moments, but overall, their narrative arc is a bit clunky. Adora’s quest to gather the far-flung leaders often drags too slowly and ends with a fairly slap-dash, totally predictable culmination.

None of that matters though, especially not to the young audiences the show is made for. Any weaknesses in the storytelling are far overshadowed by the show’s best strength: its heart.

What sets this She-Ra apart from its ’80s predecessor, and also makes it so much more than just another nostalgia reboot, is how deep it goes with its interpersonal relationships. The real center of the show is Adora’s bond with her new Rebellion best friend squad, Glimmer and Bow, and most importantly, her lifelong best friend, Catra, who refuses to leave the Horde.

Catra and Adora’s relationship is dark and complex, and it approaches the idea of female jealousy from a place of genuine love and understanding. The very best episode of the season explores their history together, giving equal weight and empathy to both girls’ experiences. It is a heartbreaking standout in a show that is, for the most part, fun and funny and all about the power of love and friendship.

Also, if you watched the trailer and were hoping the show would be full of female empowerment, body positivity, racial diversity, and queer rep, you’re in luck! This is 100% the She-Ra of your Tumblr dreams, in all the best ways. The show was made for fanfic and cosplay. (Oh, the cosplay is going to rule so hard.)

At least two of the Princesses are presented as being in a romantic relationship, but there’s also a ton of inclusive, loving queer coding, especially between Catra and Adora. They revel in the friends-to-enemies-to-lovers trope. I mean, the “lovers” part may not be explicitly presented in their case, but it’s not denied either. There’s even an entire episode titled “Princess Prom” that features a dance sequence and a gorgeous magenta tuxedo, after which I honestly don’t understand how anyone could not be on team Catradora.

The show is a beautiful creation for young girls, but anyone and everyone should watch it. It’s about glamorous warrior women, but boys and men and people of all ages will absolutely enjoy it. (I also can’t stop thinking about what this team could do with a He-Man spinoff and non-toxic masculinity.)

It doesn’t shy away from the nostalgia factor–every single time Adora yells, “For the honor of Grayskull” and goes through her She-Ra transformation montage, with the kickass outfit and great hair flip, it’s a delight—but it is very much a show for now. So while it may technically be a reboot, it’s also a total original.

In case you hadn’t heard, Netflix moved the release date of She-Ra and the Princesses of Power up a few days. It now drops Tuesday, November 13th.