Shazam Star Says They’ve Signed On for Five Films, So Bring On the Team Up Films! 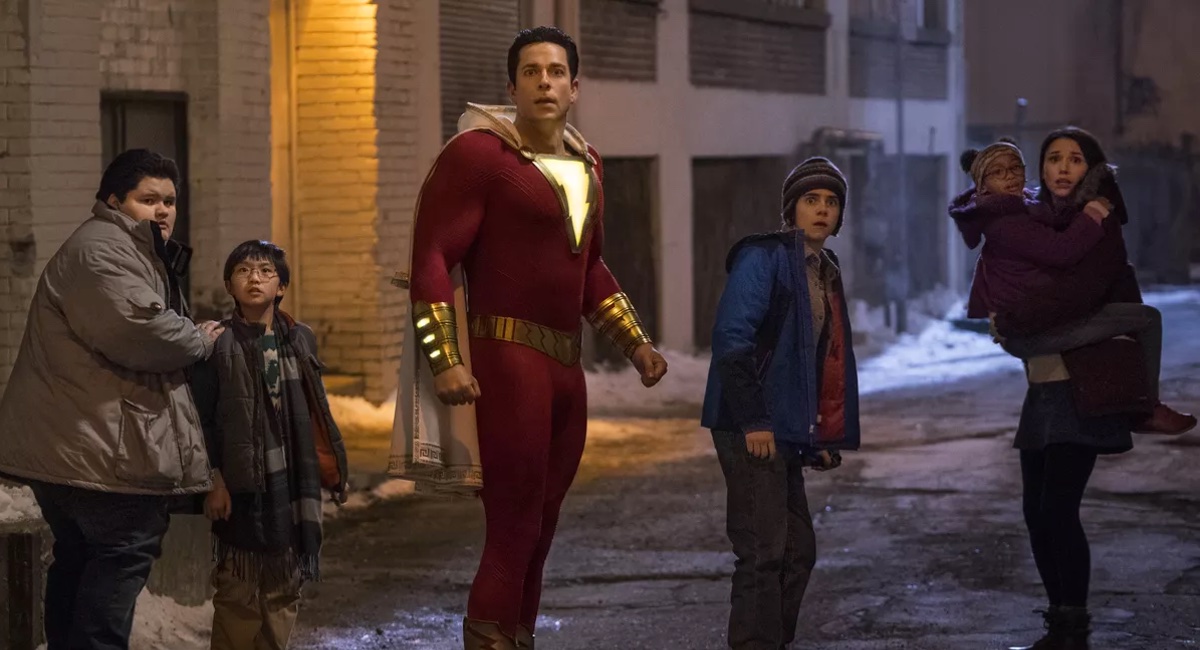 Shazam is the DCEU’s latest hit, joining the ranks of Wonder Woman and Aquaman as the films that audiences embraced and enjoyed. The healthy box office returns for the medium-budgeted film and the good reviews all but guaranteed a sequel, but a recent interview with a cast member implied that maybe some characters would be crossing over into the wider DC universe when it finally is reborn.

Towards the end of the film, Billy grants his foster family—Mary, Freddie, Eugene, Pedro, and Darla—superpowers like his, turning them into the Shazam family of adult superheroes with kid alter egos. In a profile with Parade, it was revealed that Michelle Borth, who plays the adult version of Mary (a.k.a. Mary Marvel), has been optioned for five films within DC, which pretty much guarantees the return of the Shazam family.

I doubt we’ll get four more solo Shazam films—that’s a lot of Shazam—so this does leave the door open to an interesting possibility. Can the Shazam family team up with the Justice League in a future project?

DC seems to be steering away from team-up films, even dropping the team-up intro that appeared before Wonder Woman, Justice League, and Aquaman in favor of a simple logo. But I would bet they’re trying to build up a League that audiences are more invested in so that when the Justice League takes to the screen again, it isn’t as much of a box office disaster.

I’ve speculated that Shazam would help change the face of future Justice League projects. It’s no secret that right now, the undisputed stars of the DC universe are Gal Gadot’s Diana Prince and Jason Momoa’s Arthur Curry. They will undoubtably be the key to any future projects. Gadot re-negotiated her contract following the success of Wonder Woman, but there’s no information on how many films she’s currently contracted to do. Momoa signed a four picture deal, but that has probably changed since Aquaman hit the 1 billion dollar mark.

The Shazam family being optioned for multiple films makes sense, and is deeply exciting. While it was easy to guess that Billy (Asher Angel as a teen, Zachary Levi as an adult) would be joining the League, this means that his family won’t be forgotten in any future team up films. We won’t spend the entire project wondering why Billy isn’t getting help from Mary, Freddie, and co., but they’ll most likely be helping the League as well.

This adds a great layer to whatever line-up we’re looking at for Justice League 2. Diana, Arthur, and whoever’s left will be fighting alongside a bunch of kids who’s enthusiasm for being heroes cannot be contained. I hope Arthur makes a lot of jokes, and that Diana offers to help mentor and befriend Mary and Darla. I’m sure Barry Allen, whoever he’s being played by then, will be instant friends with Freddie.

The end of Shazam teases that Billy is already buddy-buddy with Superman. Whether Clark is in Justice League 2, and whether he’s still played by Henry Cavill, I can see Superman and Billy being close friends, as they’re both inherently good people. That could be a great way to humanize Superman outside of his relationship with Lois and his mother, which have been the main ways they’ve made Clark human in his past DC ventures.

While some might enjoy DC standalones, I find myself unable to wait for the next team up. As long as they don’t do Flashpoint, I’ll be happy. I know I used to champion that in the DCEU but now, being so attached to the characters who get the most screwed over by it makes it my least favorite idea for them to adapt. So bring on the Shazam family and Justice League team up we deserve. Lex Luthor and the Legion of Doom can’t fight themselves.