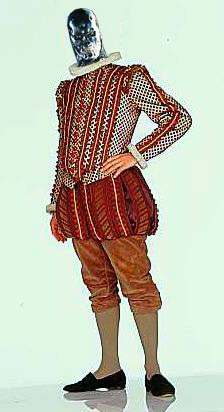 A (brilliant) independent theater company based out of Nashville, Tennessee had the idea to translate the entire script of Terminator 2: Judgement Day into Elizabethan English. It seems to have been a painstaking process, too! Husky Jackal Theater writes on their Kickstarter page:

Each line and phrase is taken directly from folios printed by or before 1685, and many extended sections of dialogue are composed of individual lines from separate works. Only proper nouns and pronouns were subject to change, as dictated by the plot.

They hope to raise $3,000 so they can put their completed script onstage.

On choosing Terminator 2 as the target of their efforts:

[Y]ou’d be amazed by how perfectly the themes so pervasive in Shakespeare’s plays lend themselves to the story of the Terminator: horrific prophecies, charges of madness, the terror of an implacable enemy, the fierceness of a mother’s love for her son. While it’s loaded with outrageous action sequences, one-liners and comic moments (which we’ve worked hard to honor), Terminator 2 is a theme-driven film that invests heavily in its main characters. In our reworking, we were continually struck by extended passages from Shakespeare that seemed as though they could have been written specifically with these late 20th century characters in mind.

But how badly would you want to see someone dressed like the Terminator saying something like “There are a sort of men whose visages do cream and mantle like a standing pond”? See a full page of dialogue after the jump.

First, consider this image, which may or may not be from the correct scene: 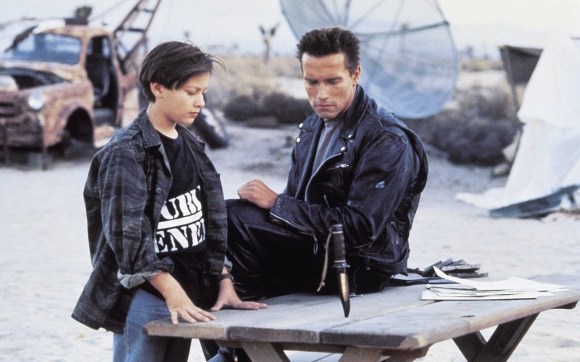 And now, the script: 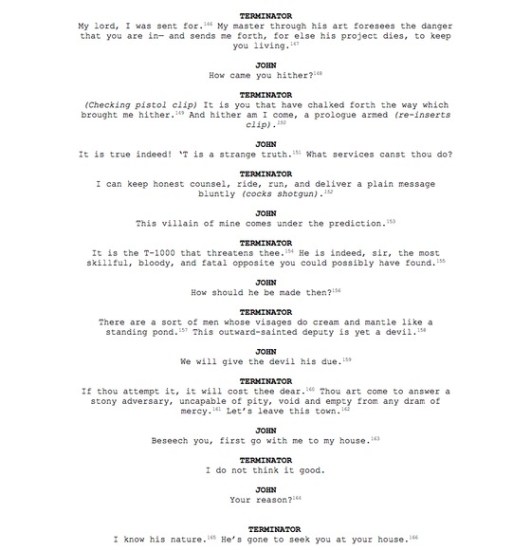 More pages are expected to be released. Watch this page for updates!

Special thanks to Max Santoro for the top pic!