Shadow and Bone Review: Netflix Knows What It's Doing

Shadow and Bone Review: Netflix Knows What It’s Doing With This Series and It Shows 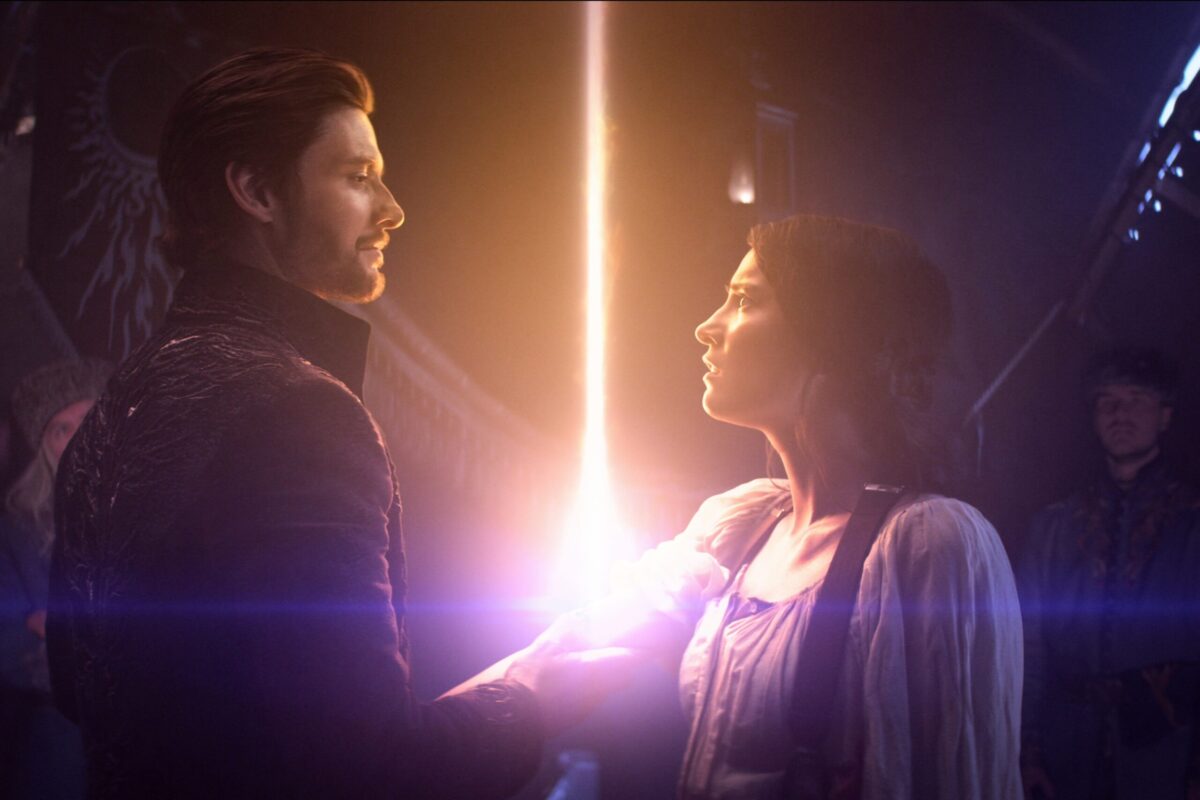 From the very first trailer, I had high expectations when it came to Netflix’s Shadow and Bone. It ticked all my boxes when it came to diversity, fantasy elements, and having a woman leading the charge against a dark foe known as The Fold. Plus, it had Ben Barnes. Who can resist him and his talent? No one, I tell you. So, coming into this show, I had cemented ideas of what it would be like. And I’m happy to say that it lived up to each and every expectation I had and more.

Alina, played by Jessie Mei Li, could’ve turned into the typical archetype of what a savior is, especially with the unique powers that made her the only one capable of destroying The Fold. But thanks to author Leigh Bardugo and showrunner Eric Heisserer, she didn’t fall into the trap of being just the savior. Alina is a young woman who captures your attention with her kindness, determination, and raw honesty. And you want her to succeed even when she stumbles along the way.

And even though her journey is tied to forces that are stronger than her, she doesn’t disappear under the weight or stories of others. Alina is her own crusader who knows when she should stay, when she should run, and when she should fight. All of these qualities make up who this extraordinary woman is and why you should give her a chance as she dives into the rich world created by author Bardugo and those in the writer’s room for Shadow and Bone.

Alina’s relationship with General Kirigan is … complicated, to say the least, but where this show really shines is with the relationship between Alina and Mal, known as Malina, the latter played by Archie Renaux. They are childhood friends who have stuck with each other through thick and thin and who have forged a bond like none you’ll see on this show. They’re each other’s person, and no matter the circumstances that come their way, nothing can or will change that. Yes, there will be challenges along the way, but the way they find their way back to each other is extraordinary.

But the story isn’t just about them and the hurdles they must face. The show is also about Kaz, Inej, and Jesper. These characters are from future books in the series the show is based on, particularly Six of Crows, but Bardugo and Heisserer thought it was best to bring them into the series earlier. And they were right to do so. Without The Crows, as they’re called, Shadow and Bone as a TV series wouldn’t have had something to counterbalance the seriousness of Alina’s situation and that of The Fold.

Kaz, played by Freddy Carter, is reserved and brilliant. He’ll do anything and everything for the people he cares about, even if he doesn’t want them to know much of a marshmallow he is. Inej, played by Amita Suman, is a commanding force who makes you take pause because you can feel that you’re watching someone extraordinary. Her bond with Kaz can move planets. And Jesper, played by Kit Young is a mystery that distracts you with charming smiles and excellent skill with his revolvers.

We can’t write a review of Shadow and Bone without talking about the diversity. Bardugo’s initial book for the series was … very white and very straight. And coming into the Netflix series, you can tell that diversity and representation were important to the author because of how much her writing has grown over the years. That’s what led to the change in Alina’s race, an adjustment we welcome as more Asian representation on TV is what we want and need in 2021.

And when it comes to LGBTQ representation, we’re grateful to see and fall in love with the storm that is Jesper. Yes, we got to see him flirting, making out with, and having the time of his life with another man. But he isn’t just defined by his sexuality in the way that I feared Shadow and Bone would do. He’s just as integral as any of the other characters in this show, and his presence would definitely be missed if he weren’t there.

Shadow and Bone is ultimately a diverse story about facing the darkness with your own light with an extraordinary cast driving this show. For some, it’s quite literal, as Alina is a Sun Summoner trying to destroy The Fold. For others, it means facing the darkness of your past and the things that led you here with your friends and companions by your side. But we’re all capable, no matter what walk of life we’re from, of changing our lives and those around us for the better. We just need a little faith, patience, and yes, a little light.