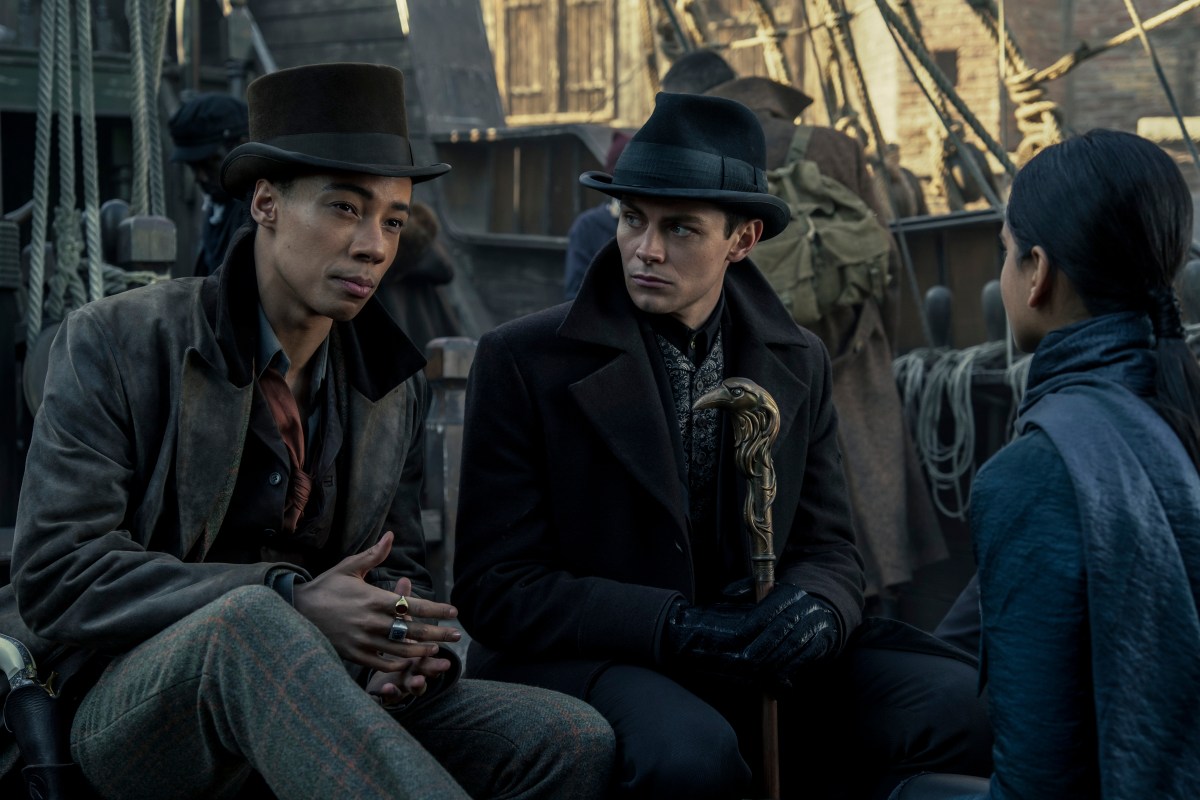 We’re just over a week away from the debut of Shadow and Bone on Netflix, and fans of Leigh Bardugo’s Grishaverse novels cannot wait to get a look at the world of Ravka, the shadow fold, and more onscreen. From the alleys of Ketterdam to the glittering halls of the Little Palace, Shadow and Bone has created a complicated fantasy world, but newcomers might be wondering what a “Grisha” even is.

Well, Netflix has released a five-minute featurette all about the fantasy world that gets you up to speed on all things bony and shadowy.

Shadow and Bone takes place in Ravka, which is based on Imperial Russia of the 19th century … if Russia had a giant swath of living darkness right down the middle full of flying monsters called volcra that want to eat people! The fold makes keeping Ravka united hard and also is not a great thing for their economy, seeing how supplies from the more prosperous west need to get through the fold to the east, where the rulers of Ravka reside.

Ravka is bordered to the north by Fjerda, which is a Scandanavian analog, and to the south by Shu Han, which was influenced by China and Mongolia. In a change from the books, our lead character, orphan Alina Sarkov, is half-Shu. It’s a change that Alina’s portrayer, Jessie Mei Li, thinks enhances the character and made the role more meaningful for Mei Li. She told Screen Rant:

I think I was able to bring quite a lot of my own experiences to Alina given the fact that they decided to make her mixed-race. Which is something that, in my own life, has definitely shaped who I am, it’s definitely something that I think lots of mixed-race people understand is that you never really feel like you belong anywhere and that can really affect you and how you interact with people, so I could take that and give that to Alina.

Alina, a cartographer, is part of the first army, along with her childhood friend Mal (Archie Renaux). They are grunts in the endless Ravkan wars and attempts to get through the shadow fold. The second army is one made up of “Grisha.” These people are able to practice what they call the “small science” which allows them to control elements like water, wind, and fire, as well as physical materials and even human bodies.

In the case of Alina, she’s revealed as the mythical “sun summoner” who can call pure light, which will be useful for potentially destroying the fold. This puts her in the sights of the second army leader, General Kirigan (Ben Barnes), the one man who can manipulate shadow. How does bone figure into all this? You’ll have to wait and see.

But perhaps the biggest addition to this adaptation of Shadow and Bone, the first novel in Bardugo’s Grisha trilogy, is the introduction of characters from a different series of books set in the same universe who didn’t show up in the original Shadow and Bone Story. These are the Crows—Kaz Brekker (Freddy Carter), Inej Ghafa (Amita Suman), and Jesper Fahey (Kit Young) are a gang of young criminals from Keterdam (basically like Amsterdam) who go after Alina for a price. The Crows are fan favorites in the books and are sure to be favorites in the series too.

Does this make you feel ready to enter the fold?

Shadow and Bone premieres on Netflix on April 23rd.