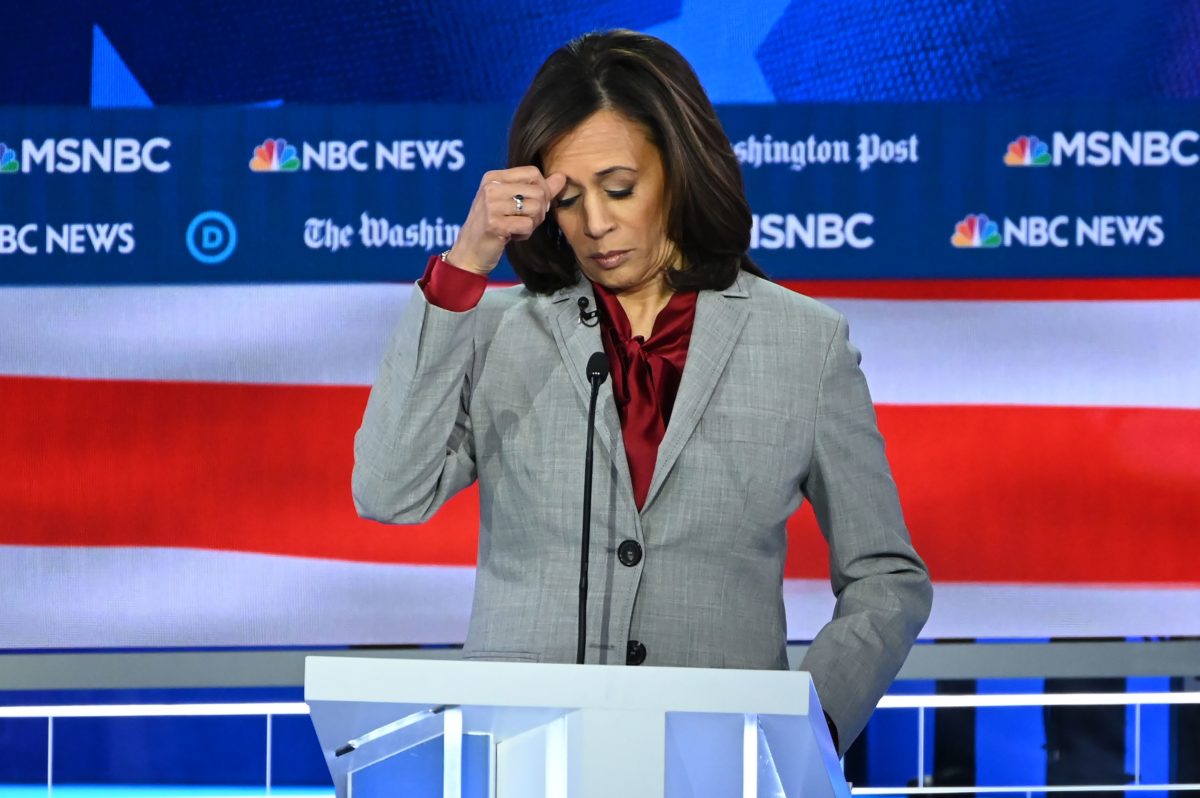 With Joe Biden’s announcement of his VP pick imminent, we have to talk about how ugly it’s going to get out there. Because, friends, it’s going to get very bad (it’s already bad). Biden has committed to picking a woman and it’s also likely he will pick a Black woman (he should). With just the idea of a Black woman as VP, the sexist attacks and narratives have already begun, but they’re only going to get worse once we know who this woman is.

The sexism and racism will be everywhere, trust me. The number one rule of the internet is “don’t read the comments.” But sometimes it’s literally someone’s job to do that and in doing that job, we poor souls get confronted by the absolute worst in humanity. In a recent article where we broke down the different women that were on the potential shortlist to be Joe Biden’s running mate, we wrote that Kamala Harris seemed to have the strongest position. The comments about Harris on that article were horrifying in their racism and sexism, filled with slurs and gross sexualization of Senator Harris.

But that’s the kind of thing that will inevitably happen. The woman chosen as VP will be under massive, crushing scrutiny to be “likable.” She can’t be too ambitious but she also shouldn’t be too subservient. She can’t be sexy at all, but she certainly is going to be degraded and sexualized by trolls across the web. On the same note, she’ll have to be perfectly put together at all times, but not too high maintenance. She can’t be a know-it-all but if she’s not, she’ll get pilloried as dumb.

This will be only the third female VP candidate in history, after Geraldine Ferraro and Sarah Palin, and it’s worth looking at how we treated the latter for some insight. Sarah Palin was painted as inexperienced, dumb, and vapid. She inflamed a certain type of anti-intellectualism that thrived in the Tea Party and led to Trump and we can’t excuse that. But, we do maybe have to admit, even when it means agreeing with assholes, that there certainly was a level of sexism in the particular way the public responded to Sarah Palin.

No, really. Sarah Palin was certainly a more capable and able politician than Donald Trump. She had actual government experience, and yet America didn’t buy her brand of ignorance and ineptitude until it came in a bombastic male package. I’m not saying that misogyny was the only thing that made Sarah Palin a national joke for many of us, but we’d be remiss if we didn’t admit that it was certainly a factor. Trump’s ignorance and ineptitude turned out not to be a hurdle in his electability.

There’s sexism and misogyny and racism in both political parties. We have to admit that. But generally, the left tends to be less horrible than the right, or at least publically declare that sexism and racism are bad things, rather than the favorite pastimes of their base. Which is a complicated way of saying that the sexism and racism that will come from the right is going to be extra horrible. I mean … just today, Donald Trump said that Biden is insulting men by picking a female VP. Seriously.

But the sexism and racism that Biden’s VP will face won’t come from one side of the aisle or one demographic. Our entire society is built on patriarchy and misogyny; on systemic racism and white supremacy. Anyone who challenges either of those things will get terrible push back.

So … it’s going to be rough, but hopefully, some awareness of the root causes of the abuse will at least help us to process, respond to, and correct it. But, let’s be honest, most of the time we’ll just be sighing and sad that we have to watch this happen to a woman again. At least do yourself a favor and don’t read the comments.

(via The Washington Post, image: SAUL LOEB/AFP via Getty Images)