With Claims She’s “Too Ambitious,” Attacks on Kamala Harris Have Reached Peak Misogyny

Why would we want a VP who ISN'T ambitious? 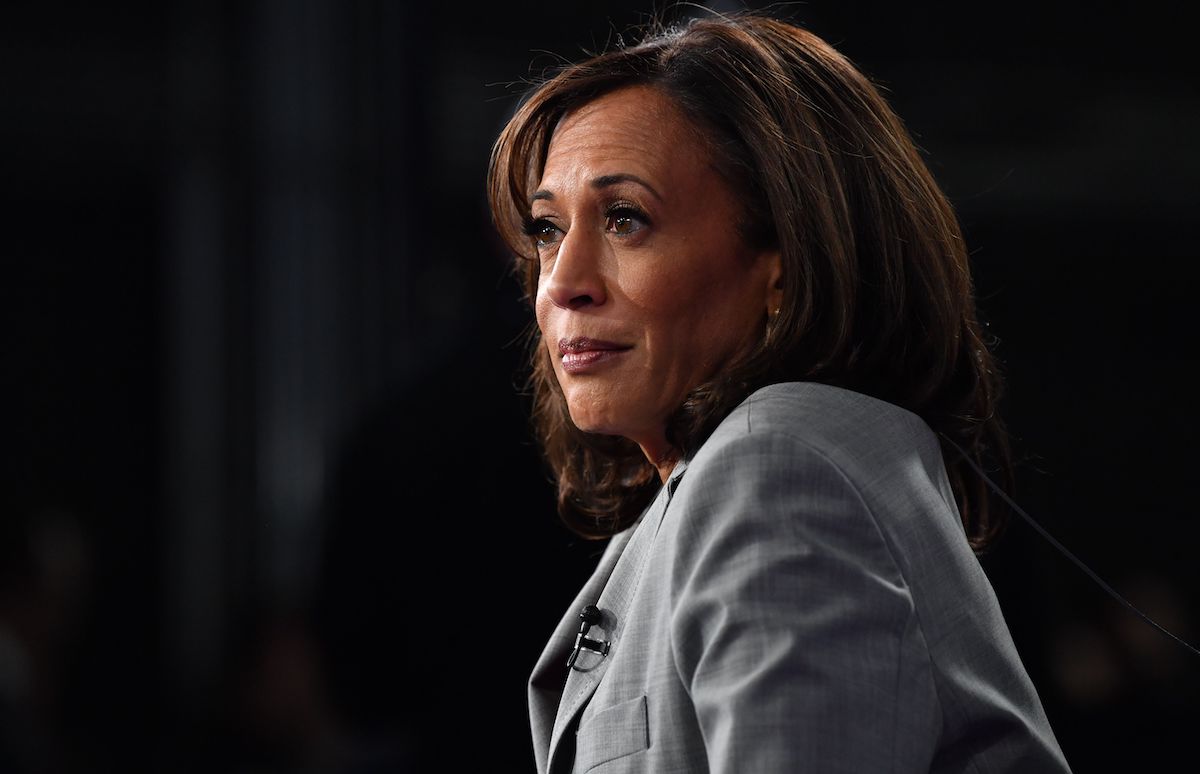 Joe Biden is set to announce his running mate next week and there’s been plenty of hypothesizing over who he might pick. Kamala Harris has been seen as the frontrunner in this process, so much of that speculation has been aimed her way and the narrative that’s developed around her has been as disappointing as is predictable.

Right now, there’s a conversation around Harris questioning whether she’s too “ambitious” to be considered.

Too ambitious to be vice president, to hold one of the highest positions of power in the country, to be second in command to a 77-year-old man.

According to a report from CNBC, a group of Biden’s close allies have launched a campaign against Harris, questioning her “loyalty” and claiming she would be too focused on eventually becoming president to be an effective vice president. As if anyone took the position of vice president for its own sake, rather than as a stepping stone to the presidency.

Take, for example, the man currently presumed to be the Democratic nominee for President. What was his last job again?

In choosing a running mate, a (presumed) presidential candidate has to look at a lot of factors. They want a partner that compliments their areas of expertise policy-wise, as well as their more personal strengths and their weaknesses–someone who can broaden their appeal as much as possible and not be seen as any sort of a detraction for the campaign. Biden’s declared commitment to choosing a female candidate as his running mate was historic and exciting, but was also always going to result in a lot of traps laid out for whatever woman he named.

Because when female politicians and other ambitious women get too close to achieving the positions of power they’re seeking, they will, inevitably, be seen as a detraction.

What do all these stories have in common? pic.twitter.com/coWlsv8253

One of Biden’s anti-Harris “allies” quoted by CNBC called the senator “opportunistic,” which is just absolutely baffling. Yes, we know Harris has her sights set on the presidency–she ran for president. But if Biden were considering any of the men that shared the debate stage with him–Beto O’Rourke or Eric Swalwell or Andrew Yang or any of the rest, even the ones who criticized him as zealously as Harris did–it’s hard to imagine them getting slammed as “opportunistic” simply for eagerly seeking this opportunity.

The first rule of a woman becoming president is she must NEVER let anybody know she wants to be president. https://t.co/7kCMaGmeDO

I’m reminded of Sarah Palin’s run for Vice President in 2008, as only the second woman to ever get the VP nomination from the two major parties. The image she projected was one of folksiness, a “soccer mom” who happened to stumble into this position. Of course, she was an ambitious woman, as she had been working in politics for a decade and a half before being selected as John McCain’s running mate, but this was not her brand. And it’s extremely telling that we as a country are more accepting of an underqualified woman who works hard not to project a sense of ambition than a highly qualified one who doesn’t try to hide her drive.