Andy Serkis Secured For Another Planet of the Apes Film But What About An Oscar? 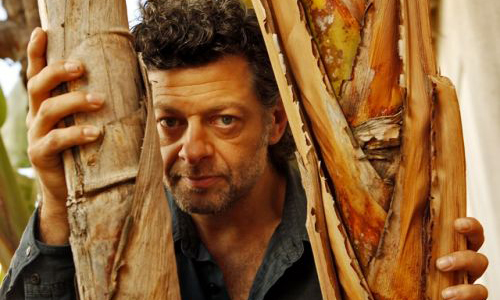 Those who saw Rise of the Planet of the Apes know that the new take on the film series left the door wide open for sequels. And I’ll bet the $453 million worldwide gross didn’t hurt either. The film’s motion capture star, Andy Serkis, has just been officially confirmed for the sequel, and it seems the studio is readying a big Oscar push for the actor as well.

What’s interesting about this news is Serkis has been set for the sequel as lead ape Ceasar before the film’s lead actor, James Franco, and Deadline is reporting a seven figure deal for the actor. Director Rupert Wyatt will also be back for the next film for which he was already contracted, but Serkis lucked out, getting a better deal for himself this time around because he had only signed on for one. The same thing happened with Serkis when he was asked to reprise his role as Gollum in The Hobbit.

There’s no word on what the studio actually wants for the film, but Wyatt is filled with ideas according to the Daily Blam.

“There’s so much we could do… The ideas I’ve had are all sorts of things,” he said, “ranging from Full Metal Jacket with apes… you could start this story again eight years from where we left off, the next generation of apes, those that have come from our protagonists, perhaps going in to a conflict with humans and showing real fear, in the same way as going into war for young soldiers in this day and age, telling their story.”

Now what about getting Serkis an Oscar? Many said he deserved one for the Lord of the Rings films but he was overlooked at the time. Well, Fox told Deadline they will absolutely be waging an Academy Award campaign to get him nominated.

Serkis has wrapped his portion of Gollum filming on set of The Hobbit but is still serving as second-unit director on the project. He can be seen next as another CG character, Captain Haddock, in The Adventures of Tintin.