No, it doesn't officially have one yet, but here's hoping! 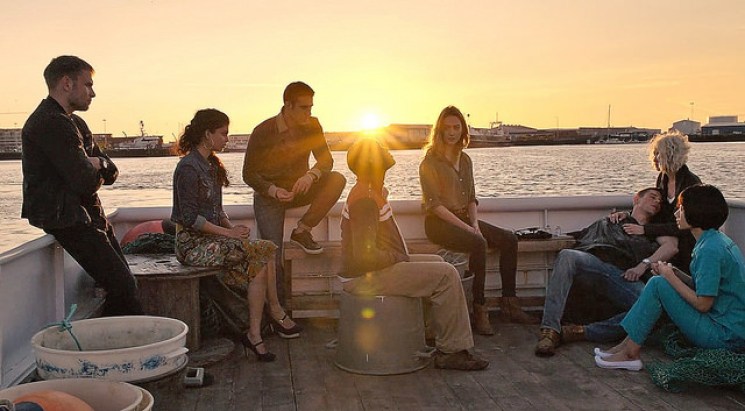 We love Sense8 here at The Mary Sue (and there may be more writing about it in the near future—stay tuned), and so I squeed a mighty squee when I read what the cast and creative team have to say about plans for a potential Season Two at Netflix. Granted, there’s been no official word yet on whether the show is getting a Season Two, but personally? I think they’d be crazy not to give it one!

Straczynski on whether the sensates will be taking on each others’ abilities:

Yeah, we’re looking at expanding that as far as logic goes. What’s kind of fun about the characters is that what they’re sharing are not necessarily superpowers. They have ordinary abilities, and we’re trying to say that there is value and merit and power whether you’re an actor or you are a martial arts person or a bus driver. You have something to contribute. Some of the hardest parts of making that process work visually was in choreographing this entire thing. So, for instance, in the scenes with Sun, we had to stage her fights both in Korea and in Nairobi twice. She would literally start a punch in Korea and then finish that punch in Nairobi. That process of really making that work visually was very involved, very detailed, but sells the illusion of it.

Straczynski on collaborating with Andy and Lana Wachowski:

If they have their strengths, first it’s action and character, then plot and structure. I think they would agree that’s kind of their dynamic. I’m a structure demon, so I’m really focused on keeping the story going from here to here to here so it all makes sense in the end. Light on action, decent on plot. So the good thing is that you lay our two skills over one another, and it’s a perfect fit. So the collaboration process was a great deal of fun for all of us. We learned from each other’s strengths and compensated for each other’s weaknesses.

It was a really special opportunity because it’s never been done before with a trans character as far as being written and directed by a trans woman. So I knew, going into the project, that I would be protected and represented in a way that trans people have never been represented before on television. The experience was overwhelmingly positive, and I’ve never felt as safe on set. I trusted the Wachowksis and J. Michael Straczynski and everyone explicitly. I was willing to do anything that they wanted me to do. And I love Nomi. I love the character. I think that she really represents something that we haven’t seen before, which is what the whole show represents. It’s empathy. And these people come together to help each other, and it doesn’t matter that they don’t speak the same language, look like each other. It doesn’t matter their gender or their sexuality. It’s empathy. So, I knew, going into this, in my gut that if I was ever going to have an opportunity this big in Hollywood, that it was going to be Lana that was going to do it. And man, she frickin’ did it.

Check out Nerdist for more from the creator and cast of Sense8, and tell us whether you do or don’t want a Season Two of Sense8 in the comments below!